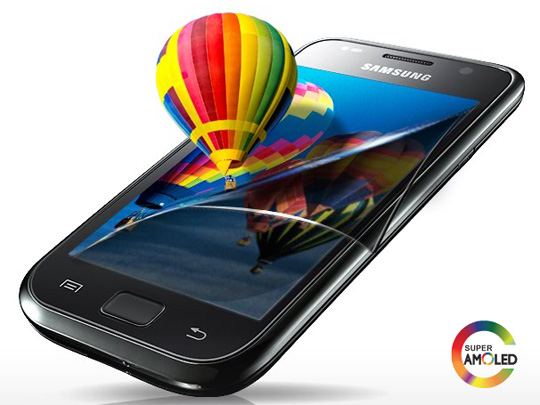 Apple’s iPad 2 is a perfect evolution of the first tablet that brought the form factor to the masses, yet the improvements and new features it brings are marginal at best. However, it was pretty interesting to watch Samsung announce their new 10 inch Galaxy Tab, right after the pretty unsuccessful 7 inch Galaxy Tab, and Apple coming in and wiping the floor with it – the iPad 2 was lighter, slimmer, more powerful and better looking than that device, which was only released in Australia as the Galaxy Tab 10.1v.

But Samsung did not give up – on the contrary, this prompted them to release THE best tablets on the market. Just as their Galaxy S2 is selling like no other Android smartphone all over the world despite the high price, so will the new ultra slim and powerful Galaxy Tabs 8.9 and 10.1 beat any other Honeycomb tablets (well, after Verizon lowers their crazy price :-)). But again, that’s not all! The most impressive tablet on the market yet is undoubtedly the new Galaxy Tab 7.7 – the thinnest, lightest and most powerful Honeycomb tablet yet, which packs something that even the most avid iPad 2 lover will want to take a look at: the biggest, most pixel packed Super AMOLED Plus display yet!

You can read a lot of reviews and spec lists of the Galaxy Tab 7.7, but I really wanted to focus on this display technology and what makes it great.

The first Super AMOLED display appeared on the Galaxy S smartphone, and played a very important role in making the model one of the most popular Android phones in the world. The clarity, contrast and beautiful colors of the display are very hard to resists, and you fall in love with it at a first sight. But beauty does not come at the expense of function: the technology is also more power efficient than traditional LCDs and has better visibility in direct sunlight – practically a winner on all accounts! The only drawback is the cost and the difficult manufacturing process, and Samsung has had several periods when they just couldn’t provide the displays (which also led to them using a Super LCD instead of the AMOLED on the Wave 2).

The Galaxy S2 uses the new Super AMOLED Plus (as does the Galaxy Tab 7.7), which is even better than the first version, while the Galaxy Note gets the cream of the crop: the all new HD Super AMOLED, which crams a whopping 1280×800 pixels in a 5.3 inch size – top of the line, indeed.

You might’ve not known this, but the Super AMOLED displays actually use the PenTile matrix, which takes a lot of heat at the moment for the bad quality on the Droid 3 (it does look pretty bad), however the new Super AMOLED Plus and HD are back to the usual RGB pixel arrangement, that is why the quality is a lot better (it could’ve been like that from the start!). Obviously, the pixels are organic and self-lit, which means that the contrast ratio is next to none, while overall the displays are more energy efficient, brighter and reflect less sunlight.

That is what makes the Super AMOLED displays the best on the market, and as long as Samsung holds the patents to themselves, the Galaxy S2 and Galaxy Tab 7.7 (and their successors) are the best smartphone and tablet duo on the market (obviously, the unlocked boot loader and powerful dual core processor plays a big role, as well).