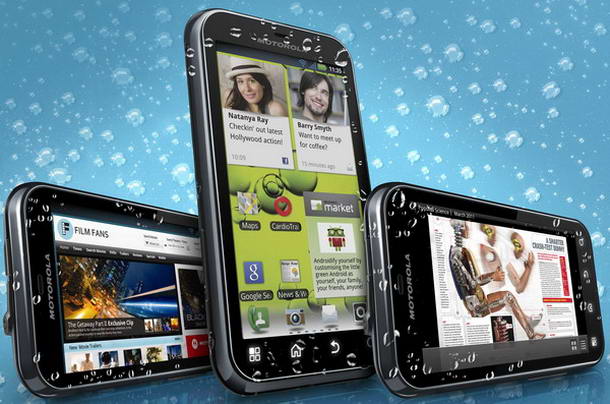 By now, you have probably heard the news that Motorola Mobility (the division of Motorola that manufactures phones) was bought by Google, wholly and fully, for the small sum of 12.5 billion US dollars, but even with major changes underway at the company, they still held to their schedule and released a couple of new devices, one of which is the Defy+, successor to the popular rugged Defy Android smartphone.

On the outside, the new Defy+ looks exactly like its predecessor – indeed, the only thing that has changed is the processor and the level of rugged protection it offers. The Defy+ can withstand water, dust, scratches and impact meeting IP67 specifications for ruggedness, compared to the Defy, which was only certified for water and impact damage.

The processor is now a 1 GHz TI OMAP 3620, which is a bit faster than the 3610 in the first Defy, and thanks to the updated 1700 mAh battery (compared to the 1540 mAh unit in the Defy), the Defy+ can last a reported 7 hours 10 minutes of continuous use, which is half an hour more than the first model – I suppose that’s a good tradeoff between battery life and performance (with the old processor, I’m sure the lifetime could’ve been extended by about an hour).

The phone has all the features you would expect from a modern device: Wifi N, Bluetooth 2.1 EDR, assisted GPS, HSDPA support for up to 7.2 Mbps and 2.0 Mpbs download and upload, DLNA, proximity sensor for the screen and more. The camera on the device is the same old 5 megapixels unit you can find on the Defy and on many other Motorola phones, and it can shoot 480p videos at 30 FPS – it’s no HD but the quality is pretty good.

Enough space for all your needs and Android Gingerbread

Users can also have enough storage space for all their needs thanks to the micro SD card slot – the phone itself has 1 GB of ROM for installing the apps and the OS and 2 GB of internal storage for any files you may want to save on the phone. Worth mentioning are the 512 MB of RAM, which should be enough for any applications (the phone’s performance is more limited by the processor than the amount of RAM). 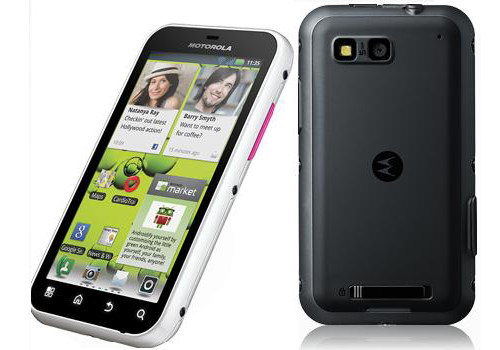 Motorola is shipping the Defy+ with the latest version of Android Gingerbread, with a new custom MotoBlur on top (hopefully it’s removable). Seeing as it is the last version of the smartphone-only Android (Ice Cream Sandwich will be both a tablet and smartphone OS, while Honeycomb is only for tablets), I don’t think it will get an update, but even so, I don’t think users will need it on the Defy+.

For a phone that is supposed to be a great mobile device that is also protected from the elements, the Defy+ is perfect. It’s fast in applications, and can withstand a great deal of abuse before it breaks down (as exemplified by the first Defy in the many YouTube videos) – it’s the perfect companion for people with an active lifestyle or a field job that is dangerous to the other frail smartphones on the market (construction workers, for example).