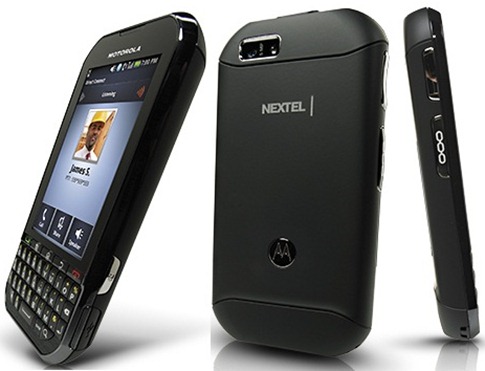 Motorola (which is now owned by Google and will hopefully start unlocking their boot loaders) seems to be on to something with their normal looking everyday smartphone that is actually rugged to withstand quite a lot of abuse, the Defy. If you think about it, this level of ruggedness is actually necessary for a phone, and Motorola has demonstrated that you don’t need to sacrifice size or features to integrate them. I’ve dropped a lot of phones in the past, and all of them survived (the award would go to a Sony Ericsson T610, which still works even after being dropped 6 feet), but a HTC Magic just cracked the screen on the first accident – that’s not cool.

A certain level of ruggedness is even more so necessary for an everyday device that is always with you, and Motorola has addressed that market with the new Titanium – a well-built smartphone with a QWERTY keyboard, metal housing and MIL-STD-810G certification for resistance to humidity, temperature, shock, rain, vibration and dust – practically everything a phone encounters most of the time, unless you’re one of the people who work near water reservoirs or the ocean and are prone to dropping your electronics into them (which is not good for the nature, by the way :-).

If you’ve already seen the phone, you probably noticed that the design is pretty much the same as Motorola’s other business phone and Blackberry rival, the XPRT (or Droid Pro in Europe). That’s true, however the Titanium is better built for sure. It’s made out of plastic surrounding a metal frame and feels very sturdy, much more so than the Droid Pro. Another design change is the hardware Android navigation buttons instead of the 4 touch ones on the XPRT (no more accidental touches, however the new buttons are pretty small and not everyone will find the comfortable).

Hardware features wise, there’s nothing special about the Titanium: it’s got an average 3.1 inch LCD display with a resolution of 320×480 pixels – enough for most tasks, including relatively comfortable Web surfing, but not as good as any other higher resolution and bigger screens on the market. There’s also the usual Wifi, Bluetooth, GPS, accelerometer and compass. There are only 512 MB of ROM memory inside the phone, and of course, they’re for storing OS data and apps, but the user can save any files he may need on a micro SD card (up to 32 GB cards are supported). The 5 megapixels camera has an LED flash and can shoot decent photos and videos, however it’s no replacement for a point and shoot.

Obviously, the biggest hardware features difference between the Titanium and the XPRT/Droid Pro is the Push to Talk support, in this case it’s Motorola’s own iDEN technology that is quite widespread in the US (where this phone will be released on Sprint’s network). If you don’t know, iDEN is basically instant radio communications, but it’s more long range thanks to it using the same towers as the cell network (however, that means you pay for a subscription) and more secure because it’s digital.

Of course, the handset runs Android, but it’s currently at version 2.2 – weird, but maybe they have an update in store for the future. Regardless, Froyo is more than enough for anything, especially on such a low-spec device.

The price has not been announced yet, but I believe it will be relatively affordable, so if you need a rugged everyday phone for yourself or your business, the Motorola Titanium would make a great choice.