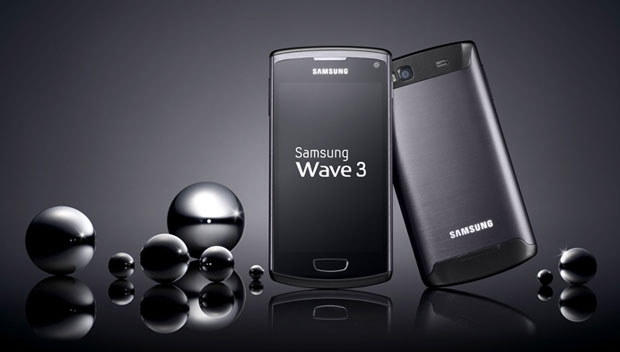 While Android, iOS, Symbian and Windows Phone 7 are the most popular OS for mobile devices in the world by the number of users, they certainly aren’t the only ones around that are actually capable of competing. Samsung is trying to prove that with their Bada OS, which has been powering feature phones with touch screens since the first version of Android came out and smartphones were growing exponentially in popularity.

Their latest flagship smartphone for the proprietary OS, which in its latest version looks pretty promising, is the Samsung Wave 3 – a very nice device that stands out from the crowd and has a lot of features for what is essentially a smartphone for beginners who are supposedly not even able to use Android.

The Wave 3 looks amazing on the outside and feels great in your hand – it’s only 9.9 mm thick, and the housing is made mostly out of metal. The most interesting design decision is the back cover: it actually surrounds the phone from the sides and top, as well, giving it a more polished feel (like it doesn’t have any removable parts; like the iPhone) and making it sturdier by acting like an additional frame.

The display is a beautiful 4 inch Super AMOLED unit that is easily one of the best on the market –it’s the same one used on the Galaxy S, with the same 800×480 resolution that looks perfect. This is a welcome change from the Wave 2, which strangely used a “Super Clear” LCD screen after the first Wave model, which had a Super AMOLED – I’m guessing it was because Samsung was running short on these displays when the Galaxy S was selling like hot cakes, and it’s a good thing it’s back on the Wave 3. To protect this investment, Samsung covered it in Gorilla Glass – a wise decision. 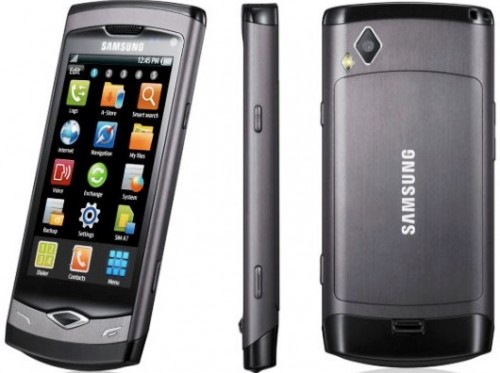 Hardware specs wise, the new smartphone (it’s so hard not to call it a feature phone) is at the same level as most of the competing Android devices and it’s even faster than the iPhone 4 (or would be if the OS was more hardware optimized). The processor is Samsung’s own single core, yet super fast 1.4 GHz unit, with 512 MB of RAM fueling the multitasking capabilities perfectly fine. There are also 3 GB of internal storage space, and using the micro SD card slot, you can easily up that to 35 GB if you so please.

All the other hardware features that one might need in a smartphone are also there: the user has a 5 megapixel camera on the back for HD video shooting and high quality photos, a smaller VGA camera on the front for video calls, Wifi N and Bluetooth 2.1 EDR, support for high speed HSPA networks (14.4 Mbps and 5.76 Mbps download and upload), GPS and Glonass (Russian GPS system) support and more.

The Bada OS deserves more attention on this phone, as well: the new 2.0 version brings a lot of improvements to the table, and it looks like the OS could easily compete with Android and iOS if only it had more developers and users. The new interface looks pretty much the same as Samsung’s Touch Wiz UI on Android, which works well in unifying all of their phones under one UI, regardless of the operating system.

Multitasking is just as advanced as on Android, and with the apps marketplace growing pretty quickly, you can’t say you’ll miss anything from the basics – the OS has everything from music and video players (some courtesy of Samsung and working amazingly well) to document editing apps from the most renowned companies. If you thought that this could be an Android competitor, well, you were right! The OS is very good.

The Samsung Wave 3 will be available soon worldwide, although I don’t know which network will get it in the US – Vodafone is sure to pick it up in Europe, though. The price should be lower than other phones with the same specs, seeing as it is a low-to-mid range device (with a great build quality for one). If you’re new to smartphones or just want something that is more unique than the dozens of Androids and iPhones out there, the Wave 3 is an excellent candidate.