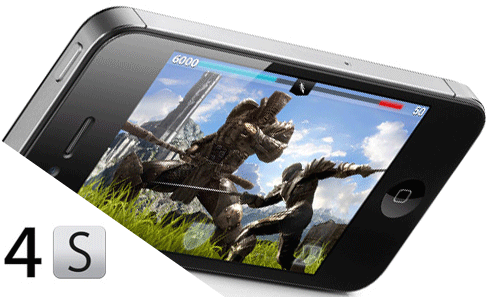 The iPhone 4S has finally been released, and it has already received over 2 million orders, with the number growing faster than even when the iPhone 4 went on sale. A lot of tech pundits are disappointed since it’s not the iPhone 5 they were expecting (that one’s coming in a few months), but it’s still a very good smartphone, especially if your contract just expired or you’re just buying a new smartphone. Here are only a few of the reasons you should choose the iPhone 4S over other smartphones:

Dual core processor. The new iPhone 4S has a dual core processor, which means it will provide all the performance you’ll ever need. Even iMovie runs on it, and as you may know, that app was specifically released for the iPad 2, which features the same CPU as the new smartphone. While even the single core in the iPhone 4 can perform most of the tasks a regular user needs without problems, the doubling of processing power in the new 4S means that you won’t have to worry about performance for years to come.

A lot of hardware improvements. Besides the processor, there are a lot of other improvements in the hardware – the amount of RAM is now 512 MB, the antenna is now a dual array that will provide the best signal ever, and the camera is now 8 megapixels, has a backlit sensor and can shoot 1080p videos in very high quality – those features may be worth upgrading from your current iPhone 3GS, 4 or even an Android phone.

Faster data connection speeds. The iPhone 4 supported only 7.2 Mbps and 2 Mbps speeds on HSPA data connections, which wasn’t even in line with all the high end Android smartphones, most of which didn’t go below 10.2/5.76 Mbps. Well, the iPhone 4S fixes that and provides support for a comfortable 14.4 Mbps download and 5.76 Mbps upload speeds – more than enough for most people and much better than before (although it’s still not 4G LTE – that is reserved for the iPhone 5).

iOS 5 and iCloud. The iPhone 4S ships with the new version of Apple’s excellent iOS operating system, bringing along a lot of improvements, both under the hood and on the surface – in fact, it boasts of over 200 new features. The standard apps have been overhauled and now have more features and a better interface, the Safari browser finally received support for tabbed browsing, social integration is tighter than ever, and more. Of course, there’s also the integration with iCloud, which allows you to store everything on a remote storage “locker” provided by Apple (with a subscription fee, of course) and sync your files with any other iDevices you have.

Siri. The biggest and most widely covered addition to the iPhone 4S is of course, Siri – the smart, voice operated virtual assistant that is there to help you do things faster and better than before. Apple actually bought Siri when it was an app on iTunes, seeing its potential, but sadly they will be disabling it for iPhone 4 and 3GS users for a competitive edge for the iPhone 4S. But the new Siri is much better, and you can use it to dictate emails, place calls, find directions, search for anything online, search for reviews, create alarms, and much more – all with one touch and your voice!

The iPhone 4S may not be the new revolutionary smartphone that everyone was expecting from Apple, but it’s still a very nice upgrade from the first iPhone 4. It’s finally able to compete with the top echelon of devices running Android, and with the new unique features, it makes for a great purchase for any Apple fans or anyone who wants a smartphone that is easy to use yet hides a lot of advanced features underneath.