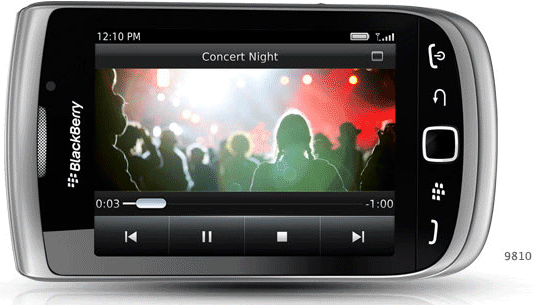 RIM is certainly going through some bad times right now, with their profits dwindling because of the lost sales and customers who are disappointed with the quality of the software and support from the company. The hardware, however, keeps getting better every day, so there’s still a good chance that the Blackberry won’t go the way of Pocket PCs and Windows Mobile PDAs and just slowly disappear.

One of their latest additions to the Blackberry smartphone fleet is the Blackberry Torch 9810, also known as Torch 2 – a practically identical copy of the first Torch, only with better hardware on the inside. Kind of like what the iPhone 4S is to the iPhone 4.

The exterior is seriously the same as the old Torch, and I suppose there’s nothing to change since it is a pretty good design overall, with the slider mechanism being proven to work and be reliable over time, and the QWERTY keyboard having an excellent response and feel to it. The display has also remained at the same 3.2 inch size, which is on the lower end spectrum of usability, but the new resolution more than makes up for that: the screen is now 640×480 pixels, a good touch better than the 480×360 pixels on the old Torch 9800.

The old Torch didn’t really shine in the performance department – in fact, it was barely usable if you were a power user, with constant slow downs and lagging throughout the interface and all apps. That was mostly because of the old processor: the thing was running on a 624 MHz ARM11 processor, and those aren’t known for their speed. The Torch 2 has a new and improved ARM Cortex-A8 based 1.2 GHz unit, which is not only twice as fast on paper, but also much faster than that in real world usage, especially with the 512 MB of RAM that RIM stuffed in there – it seems that they finally take their Android and Windows 7 Phone competitors seriously.

Thanks to the new processor, the good old 5 megapixels camera can now shoot HD video, as well, which should prove useful for a lot of people. Onboard ROM memory has been boosted to 768 MB, up from the 512 MB on the first Torch, while the storage space is now 8 GB (up from 4 GB) and support for 14.4 Mbps HSDPA plus a magnetometer (compass) to boot has been added thanks to the new chipset. All the other specs remain pretty much intact, which is great since the Torch has a very balanced features list. You’ve got you usual Wifi N adapter, Bluetooth 2.1 EDR and a micro SD card slot for up 32 GB more space.

Software wise, the new Blackberry OS 7.0 brings along a few welcome improvements, as well: the interface is faster, with sleeker graphics, while the Universal Search now has a few extra capabilities like Extend Search, which lets you search for anything using a Search Engine you specify, or search specifically within an app. Another major software addition is Voice Activated Search, which finally made its way onto Blackberry (took you some time, guys!). It lets you dictate anything faster than you’d be able to type, and the accuracy is pretty good, although you do need a constant data connection for it to work. If that’s not enough, RIM is throwing in the full version of Docs as a standard app out of the box – that should definitely make the many business and office users happy (although most Torch users who needed the app already bought it).

Overall, the Torch 2 is a great improvement over the previous model, although it’s not exact a quantum leap, either. But if you want a Blackberry that can keep up with the time, this is your best bet for the moment.