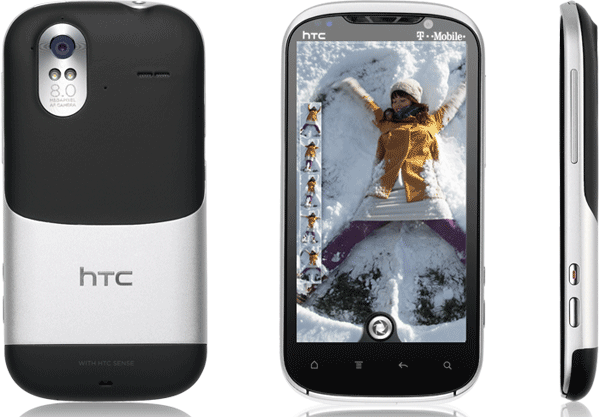 The HTC Sensation is undoubtedly one of the top high end smartphones on the market, Android or otherwise. IT may have been overshadowed by the sleeker Galaxy S2 and its Super AMOLED Plus display, but make no mistake – in a lot of cases, the Sensation is actually a better choice (it’s design and sturdy metal housing being one of leading reasons to get it instead of Samsung’s product).

A while after announcing the Sensation, HTC decided to partner up with Dr. Dre and release a special edition phone, the Sensation XE, which features some slightly better specs inside, as well as a few software enhancements to the sound, but which strangely ships only to Europe and not North America (Dr. Dre is from the US after all, and frankly I don’t think that Europeans appreciate his overpriced Beats audio headphones and other products ;-)).

Anyway, those software sound enhancements are not worth it, since you can get them with a simple equalizer from the market, and the US does get the XE in the form of the Amaze 4G on T-Mobile’s network. The new smartphone joins the Galaxy S2 on the same network to share the reign in the high end segment of the market, although I doubt they’ll get along very well. 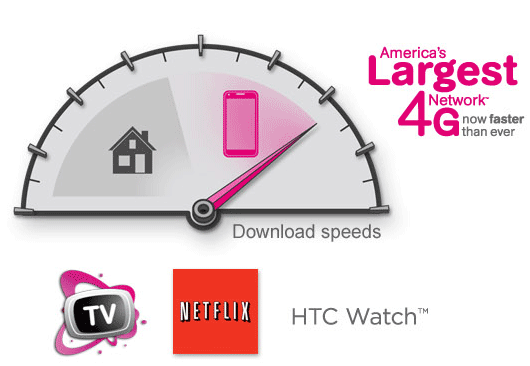 The exterior of the Amaze 4G looks pretty much identical to the original Sensation – it’s got the same curves, same sunk display glass, with the frame protecting it from scratches when it’s placed face down on a table. The only thing that’s different is the color (T-Mobile went for two black and grey and white and grey variants, instead of the standard metallic grey, which looks sleeker in my opinion) and the styling on the back cover – it’s just different, with the camera getting more attention, but I think it looks slightly more bland than the original Sensation (not that it’s a deal breaker in any way).

Hardware wise, there are a few minor improvements like the addition of an NFC radio (don’t know how useful that will be, though) and the processor and RAM, with the Amaze 4G getting the same dual core third generation Snapdragon, only this time the processor is running at 1.5 GHz per core and is helped by a full 1 GB of RAM, which brings it more in line with the Galaxy S2 (in fact, the performance should even be slightly higher). The 8 megapixels camera can now shoot 1080p videos, and the front facing camera is now 2.0 megapixels – not a big deal, but it looks good on paper. 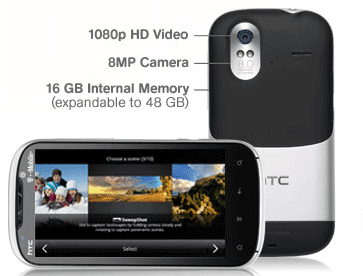 All the other specs remain pretty much identical to the first Sensation – the beautiful 4.3 inch display on the front with its 540×960 resolution, the Wifi, Bluetooth and GPS adapters, HDMI out port and others. There are 16 GB of internal memory, with the ability to add more using the micro SD card slot, so you’ll have no problems running out of space.

Obviously, the Amaze 4G is running Android 2.3 Gingerbread, at its latest version, and I’m pretty sure it will be getting the Ice Cream Sandwich update. The Sense skin and customizations from HTC are getting a bit old, actually, with Gingerbread’s dark theme and 2D surfaces looking so much better, but I guess that depends on every individual’s taste.

Overall, I’m glad the Sensation came over to the US and with improved specs no less. I think the Sensation is the best phone to get right now if you want a work horse that will last for years to come and help you in your work and life every day.