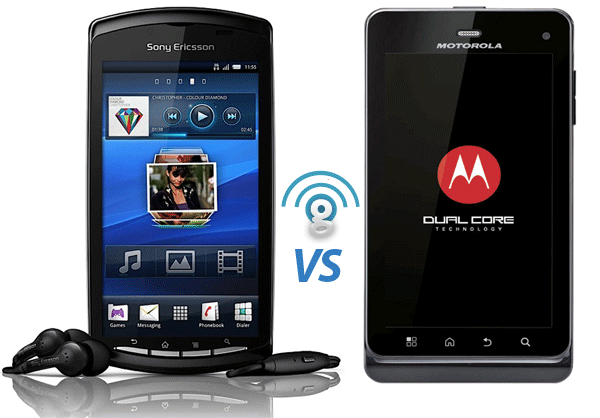 The Sony Ericsson Xperia Play is still the only smartphone that is dedicated to gaming and gamers, and despite it being out for almost half a year now (and rumors about it leaking a year ago already!), no other company has tried to get into the niche, which is pretty surprising considering that both Acer and Samsung jumped at the oversized smartphone niche (in which the first such device, the Dell Streak, failed) with a 4.8 and 5.3 inch touch screen phone, respectively.

While the Xperia Play is quite a good smartphone on its own and pretty much the best at gaming, it has quite a few shortcomings that annoy a lot of people, with its heft (it doesn’t fit at all in many pockets!), relatively weak processor and high price being the main pet peeves. Sony could’ve definitely made a thinner, more powerful smartphone, but for some reason they decided the current version is good enough. But what do you do if you just don’t like it?

You get another phone, that’s what! And while no other phone has the excellent optical track pads that you’ll find on the Xperia Play, there are quite a few devices whose QWERTY keyboard can easily take on the role of dedicated gaming buttons.

My personal favorite is the recently released Droid 3, which has pretty much the best keyboard on smartphones at the moment, and coupled with the great hardware inside the metallic shell, it can be an excellent choice for those who want to game on the go, but can’t or don’t want to get the Xperia Play. Obviously, the external keyboard makes it easy to work with a lot of applications, as well. So, how exactly does the Xperia Play compare to Motorola’s new Droid 3?

To begin with, both phones have the same landscape slider form factor, however the Droid 3 is a full 3 mm thinner than the Xperia Play, which definitely feels better in your hands, and makes the phone easier to use with one hand (it’s kind of impossible to reach the far corner with your thumb on the Play). Both devices have a 4 inch touch screen, however I have to say that the Xperia Play wins this round with its Bravia Engine powered display, even if it has a lower resolution (480×854 vs 540×960 on the D3). The colors and contrast are much better, while the brightness is pretty much the same. However, the Droid 3’s PenTile matrix makes the screen 50% more energy efficient, and that’s a pretty good tradeoff when talking about a smartphone.

Thankfully, in any other aspect, the Droid 3 blows the Xperia Play out of the water. The processor is a very fast TI OMAP 4 dual core unit running at 1 GHz and featuring the PowerVR SGX540 graphics adapter, which is twice as fast as the 1 GHz Snapdragon + Adreno 205 in the Xperia Play and is therefore much better for intensive applications and games (no lags or slowdowns on this chip, for sure).

The camera on the back is 8 megapixels and can shoot 1080p HD video in pretty good quality – both the video and pictures are also better than on Xperia’s 5 megapixels camera. There’s also a camera on the front that can be used for video calls and in about half a year, for Ice Cream Sandwich pseudo 3D interface, which sounds like it will be awesome. There are also 16 GB of memory built into the device, which is faster than a cheap micro SD card, which you can also use to extend the storage space to 32 or even 64 GB (on both phones, it’s just a matter of software support).

The QWERTY keyboard may lack an optical trackpad, but you can still play games very well by mapping the keys to suit your needs, and the keys themselves are very high quality and responsive, so you won’t have problems when going through a particularly difficult game level. The Droid 3 gives you the opportunity to play on the big screen as well, using the HDMI out port – you won’t even need a dedicated console for that anymore in a year or two, when the games quality will approach that of desktop consoles!

Overall, I have to say that the Droid 3 is a great alternative to the Xperia Play, and it definitely is more future proof. However, no matter how good the QWERTY keyboard is, it’s no replacement for the optical pads (I really wish Motorola would’ve replaced the arrow buttons with one!), so if you’re mostly into first person shooters, Sony Ericsson’s device might still be a better choice