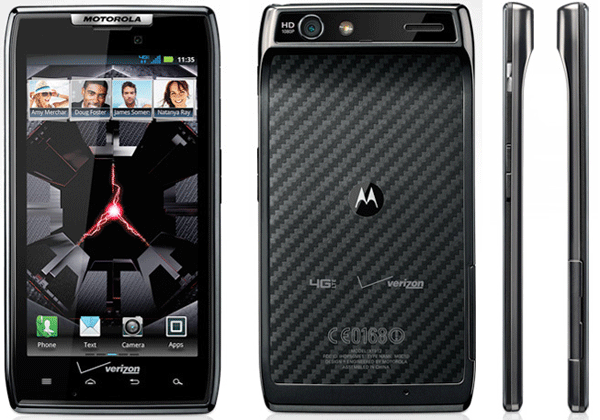 If you’re old enough to remember, the Motorola RAZR was once one of the most popular lines of cellphones, in a clamshell form factor and a very slim design for the time (hence the Raz[o]r moniker) and it brought Motorola back from the brink, kind of like the Droid did for them on the smartphone market. But of course, the good streak didn’t last very long, and even though the KRAZR was technically better, the craze was just gone and the RAZR became a part of history… until now, that is.

Motorola decided to revive the brand and thrust it on the smartphone market, which judging by the ever present desire to make everything slimmer, is a great niche for a RAZR. And so the Motorola Droid RAZR was born – an ultra slim, yet durable smartphone that packs quite a punch in the hardware department, as well, and it’s definitely one of the highlights of the year, along with the Galaxy S2 and the Galaxy Nexus.

First of all, the Droid RAZR is uuultra thin – I mean like 7.1mm thin, except for the top hump that houses the camera – that part is just slightly thicker, but it doesn’t make a difference since you’re mostly going to hold the phone by the lower part. Yep, this Droid definitely deserves to be called a RAZR. The durability is not affected, either – just like they did with the Droid, which is still one of the slimmest smartphones to have a QWERTY keyboard, the body of the new RAZR is made out of metal, with a big sheet of Gorilla Glass covering the front and a pretty ingenious, not to mention unique, Kevlar back cover, which feels and looks great – you won’t even need a protective film for it!

The internal hardware doesn’t disappoint one bit, either – starting with the display, which is a very nice 4.3 inch Super AMOLED unit with a resolution of 960×540 – now that’s what I’m talking about, not the petty PenTile that Motorola used in the Droid 3, but a Super AMOLED, one of the best looking displays out there (which also uses the PenTile Matrix, but thanks to OLEDs is much better than normal LCDs).

The processing power is provided by a fast dual core TI OMAP 4430 with the improved PowerVR SGX540 graphics adapter, both of which should provide enough performance to rival anything else on the market, especially with the 1 GB of RAM that the Droid RAZR carries inside.

It’s amazing that with a 7.1mm body, Motorola still managed to cram in not only the usual Wifi, Bluetooth, GPS, accelerometer and whatnot, but also a separate USB and micro HDMI out ports, a micro SD card slot (in addition to the 16 GB of onboard memory), an 8 megapixels camera on the back and a 1.3 megapixels unit on the front, a Glonass (Russian GPS) chip and of course, the main feature, a 4G LTE radio – even Apple decided to wait until the iPhone 5 to do it!

Indeed, the only thing that the Droid RAZR lacks is Android 4.0 out of the box, but the current 2.3.5 version is good enough for most tasks, plus all current dual core smartphones will most likely get an update as soon as it’s available, and there’s no doubt about it for the RAZR. The battery capacity is also surprising – 1780 mAh – where in the world did Motorola cram it?

Overall, the Droid RAZR is one impressive handset – super slim and packing the best features that a smartphone can offer – it truly is a great successor to the RAZR line, and I can bet it will be more successful than even the Droid – it just has to be with all that it offers!