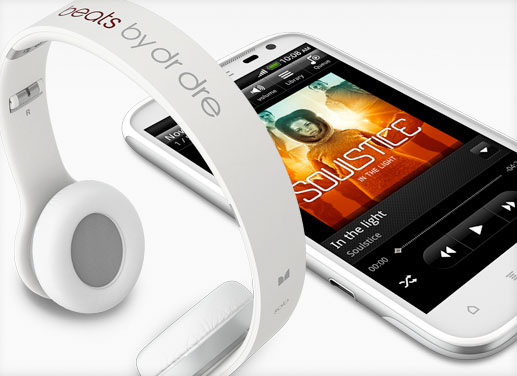 The HTC Sensation is pretty much the perfect smartphone: it’s well built, it has powerful internal hardware and it’s pretty well priced for what amounts to a flagship Android device. But obviously, there is room for improvement, or at least differentiation for a new niche on the market. HTC found it with the Sensation XL – an oversized, overspecced version of the original, which looks like a winner… if your pockets are big enough :-).

The Sensation XL looks pretty much like the original Sensation or the Beats-equipped Sensation XE – it’s go the same form factor and styling, complete with a very sturdy metal back cover that is easy to take off and put on and also looks very nice. The front looks just slightly different – it’s more rectangular and the speaker grill (or cutout, as there is no grill per se) is smaller and doesn’t look as good. The rest is the same, except for the color, of course – if you haven’t seen the photos; the Sensation XL is completely white… even on the inside. It’s a white/red Beats design, I guess.

The display size has been increased to 4.7 inches, which is pretty much the maximum that can fit in anyone’s pocket, no matter how big they are, but the resolution is still the same old 800×480 pixels, which makes it look slightly more pixelated than the HTC Sensation, although Web pages and text documents are more visible, which is great if you work on the go.

The internal hardware has been slightly upgraded, too: the new Sensation XL features the fastest third generation Snapdragon Qualcomm has to offer, the 1.5 GHz MSM8255, with the Adreno 205 graphics chip, which should be enough for most games and 3D apps out there. The amount of RAM stays the same at 768 MB, though, which is pretty surprising, but not a deal breaker, since even 512 should be enough for nearly everyone’s daily usage.

HTC really dropped the ball on the storage space – unlike the original Sensation 4G, the XL does not have a micro SD card slot, and the onboard 16 GB are not really enough nowadays, especially on a big screen smartphone whose purpose is to watch videos, play games and otherwise entertain the owner. I’m sure that there is enough space under the cover for a small card reader, but for some reason HTC decided not to include it.

Another thing that HTC managed to omit is the HDMI out port – I suppose the thinking was that with a 4.7 inch display, you don’t need to output anything to an external one. But people would like to play those games on the big screen at home regardless of how well they can do it on the phone!

The other hardware specs remain the same – there’s your Wifi, Bluetooth and GPS combo, accelerometer, proximity, magnetometer, gyroscope and light sensors, 8 megapixels camera on the back with LED flash and support for HD video recording (only 720p, though) and a 1.3 megapixels unit on the front for video calls, and support for 4G network speeds of up to 14.4 Mbps download and 5.76 Mbps upload.

The smartphone is running Android 2.3.5 Gingerbread, which should come as no surprise, as Ice Cream Sandwich is reserve for the flagship Galaxy Nexus for now, but it will definitely get an update in the following months, and when that happens, this will be one heck of a handset for power users.

The HTC Sensation XL is a great choice if you like really big screens, but the few negative points (limited memory, lack of HDMI) can really break the purchase for a lot of people – if you don’t care about them, however, do give it a go if you get the chance.