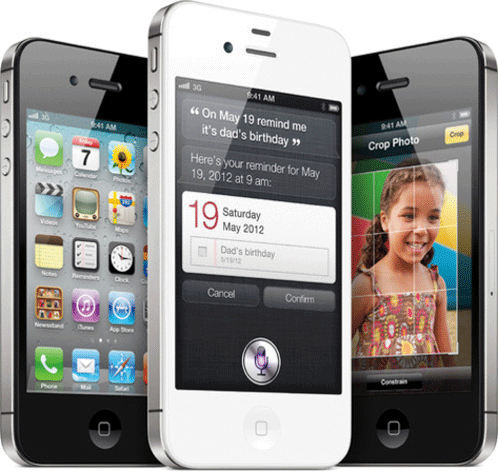 The much awaited iPhone 4S has finally been released, and it turned out not to be the all crushing next generation smartphone from Apple, instead being just an upgrade to bring it up to speed with the other high end devices on the market. While that was a bit disappointing, the iPhone 4S is still a great smartphone on its own, with enough power and features to satisfy anyone.

However, if you’re considering buying a new smartphone, you might be stumped by the choice between Apple’s new phone (which is widely regarded as the best smartphone yet, and judging by the number of orders, it’s hard to argue otherwise) and the wide variety of Android, Windows 7 Phone and Blackberry smartphones, all of which have their own unique features that set them apart and make them good for different users.

Now, the only reason to get a Blackberry or a Windows 7 smartphone is if you like the user interface or the QWERTY keyboards (for the former), so setting them aside, the real choice is between a high end Android smartphone like the HTC Sensation or Samsung Galaxy S2 and the iPhone 4S – is Apple’s new smartphone worth it?

Honestly, the only features the iPhone 4S has that can’t be matched by other similarly priced but better equipped Android devices are Siri and iCloud. Siri is a pretty ingenious voice controlled virtual assistant, that can be used to search for information, dictate emails, set alarms and appointments, and more – all with just one touch and your voice. iCloud allows you to store all your stuff on Apple’s new remote storage service, for a fee, of course. It’s much like Dropbox and other similar services (which are also available for Android), but it has better integration with Mac OS X and other Apple apps and services.

Android has voice control, too – it has had Voice Actions long before the iPhone got Siri, but in Android 2.3 Gingerbread, they’re not as good or easy to use as Apple’s solution. Android 4.0 Ice Cream Sandwich, which is coming in a few months as an upgrade to most current smartphones, will have much better voice control support, and Google seems to be planning a sort of Google Drive, which will offer data storage and backup in the cloud, like iCloud, but of course, they’ll most probably offer quite a lot of free space for new users, being Google and all.

These are about the only major differences – everything else, the dual core process, 512 MB of RAM, backlit camera sensor – everything is matched by even the first generation of dual core Android smartphones, which are much cheaper than the iPhone 4S, by the way. The newer phones like the Galaxy S2 and HTC Sensation not only look better (especially if you’re already tired of the iPhone 4’s design), but are also faster and have some unique features absent on the iPhone 4S.

Android 2.3 Gingerbread, the current mainstream OS, is also much sleeker and nice than the simplistic iOS, not to mention that it can be customized to your will if you want to. I would say that the iPhone 4S is not worth getting and you’re much better off going with a high end Android cost for the same price, or if you really want to stay with Apple, you should wait for the iPhone 5, which promises to be much better and will arrive in about half a year, as confirmed by Apple representatives.