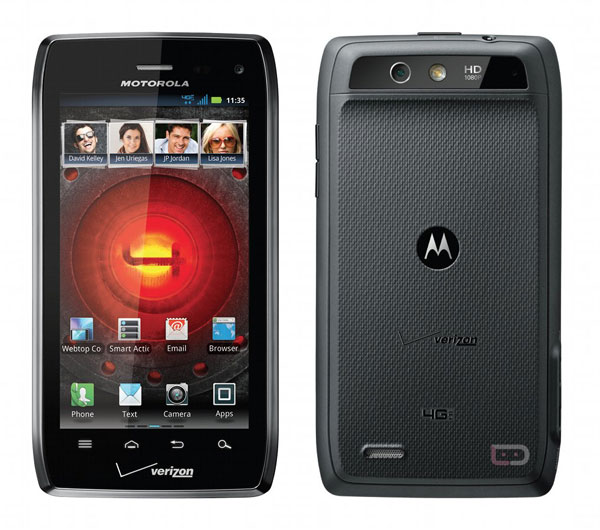 The Droid has pretty much become an icon of the smartphone world, or more specifically, of the Android smartphones world. It was the first truly popular Android device, which was marketed as the solution for all the unsatisfied iPhone owners or people who wanted to get more out of their phone.

With enough processing power to run any apps, a big and beautiful 3.7 inch display and a QWERTY keyboard tucked inside the 13.7 mm housing (pretty slim at the time), it actually was the best choice at the time.

The phone helped Motorola Mobility become successful on the smartphones market, and bring it back from the brink of bankruptcy. The successors, Droid 2 and Droid 2 Global, brought only minor improvements, with the newer Droid 3, which was released just a few months ago, bringing the biggest changes yet, including a bigger display, more comfortable keyboard and a dual core processor. Even though it went on sale just a short while ago, Motorola has already announced the successor, the Droid 4, which is pretty surprising, actually. So what does the new Droid 4 bring to the table and how is it better than its predecessors?

If you’d have to describe the Droid 4 in just a few words, it would be “the Droid RAZR with a QWERTY keyboard”. Indeed, the biggest changes are on the outside – Motorola has found a great unique design and are pushing it to all their devices, apparently. The Droid 4 looks pretty much like the RAZR on the outside, but of course, it is thicker on account of the QWERTY keyboard (it’s rumored to be slimmer than the Droid 3, though), which by the way, looks like it will be the best keyboard yet – it looks like an improved Droid 3 keyboard, with the same big size, but slightly more space between the keys.

The hardware specs have not changed much, though – the Droid 4 is pretty much like the Droid 2 Global was to the Droid 2, a small update. Despite the hope of many fans that Motorola would use the 4.3 inch Super AMOLED screen on the new Droid, the device got the same 4 inch PenTile matrix display as the Droid 3, which is really a shame, as it would’ve made the Droid 4 simply perfect. Expect the screen to be pixelated and show some weird colors sometimes, just like the predecessor. On the plus side, it consumes less power and is visible in sunlight, so it’s good enough for everyday use and most tasks.

The whole package is powered by a 1.2 GHz dual core processor and 1 GB of RAM, with the storage space being provided by an unannounced amount of internal memory and a micro SD card slot. The phone is confirmed to have an 8 megapixels camera, dedicated micro HDMI out port, and of course, a 4G LTE radio, which is the second big change from the Droid 3 (not that important for most people, though, as the reception is not that good, yet).

The phone will go on sale December 8th, on Verizon’s network in the US, and it will also be a global phone, just like the Droid 3, so you’ll be able to use it outside the States with SIM card. The price is expected to be around $250 with a contract – pretty high, but standard for a flagship 4G LTE device.