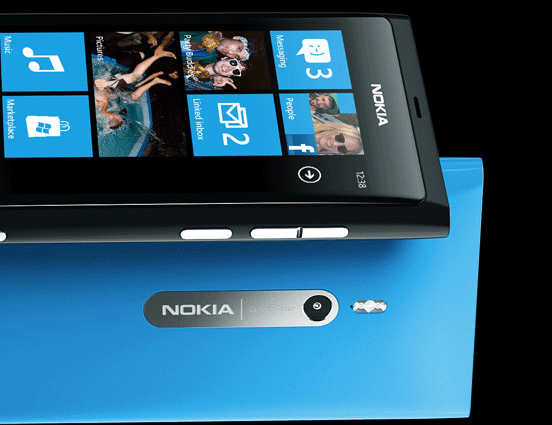 You have most probably already heard about the Nokia-Microsoft partnership, in which the phone manufacturing giant will take Windows 7 Phone as the mainstream OS for all of their future smartphones. Microsoft is also supposed to let them customize the OS more, but it’s highly unlike that would happen.

And after almost a year of waiting and rumors, Nokia finally came forward with their first Windows 7 Phone handset, the Lumia 800, which they even went as far as dubbing “the first real Windows phone”. But is it really that good, especially since HTC and Samsung have say in the matter and they’ve also released their second generation of Windows 7 smartphones?

The Lumia 800 (by the way, the name is supposed to mean “light”, not “world” or “snow”) is basically the Nokia N9, only rebadged and running Microsoft’s OS instead of MeeGo. As such, we already know most of the specs, advantages and disadvantages of the phone, but of course, there have been a few changes here and there to bring the device up to speed and provide the users with a better Windows 7 Phone experience.

On the outside, there’s nothing new – the body is the same single piece of polycarbonate, which makes the phone light and pretty damn durable, and the nice 3.7 inch, 800×480 pixels Clear Black touch screen on the front is covered by a slightly curved glass that feels great under your thumb when navigating through the menus, working with the phone or playing a game. The navigation buttons have obviously been replaced by the three Back/Menu/Search combo that Windows uses, and the phone will be available in several color variations – cyan, magenta and black, with the latter being the most stylish of them (in my opinion).

The internal specs have been upgraded slightly, with the single core processor now running at 1.4 GHz, but the amount of RAM memory remains the same at 512 MB – not really great for a Windows 7 Phone handset that is supposed to have great multitasking capabilities (thanks to the Mango update). There are 16 GB of onboard storage space that should be enough for most people, but if you need more, you’ll have to get something else as the Lumia 800 does not have a micro SD card slot – a shame, really.

There is no front facing camera, but the 8 megapixels one on the back is one of the best on the market – Nokia knows how to choose the best, and the Carl Zeiss lens equipped unit can take excellent shots in low light conditions, as well as shoot 720p HD video in high quality (there’s little tearing, as well). The other specs are befitting of a modern smartphone, but are nothing special, with the Lumia 800 having the same Wifi, Bluetooth, GPS, accelerometer and other sensors collection as all the other phones on the market. There is no HDMI out, either, so I really don’t get how this is “the first real Windows phone”.

Speaking of which, the Windows 7 Phone Mango update brought along a lot of improvements, however the OS is still far from being something that power users can actually use. A lot of business users who used the older Windows Mobile devices were expecting better security and encryption, but Microsoft didn’t even bother fixing the issues with MS Exchange and Windows 7 Phone – at the same time, Android 4.0 is getting full on-device encryption and can communicate easily with Exchange servers. At least the OS doesn’t freeze every hour or so, most of the time.

The Lumia 800 is certainly one of the most unique handsets running Windows 7 Phone, but it’s not that special. If you don’t care for the style, any other second generation smartphone running Mango would do fine, but in the end, the choice is up to you.