Trending
You are at:Home»Gadget Reviews»5 new smartphone gadgets and apps that are unique and pretty damn cool
By Gadgetman on Dec 12, 2011 · Gadget Reviews 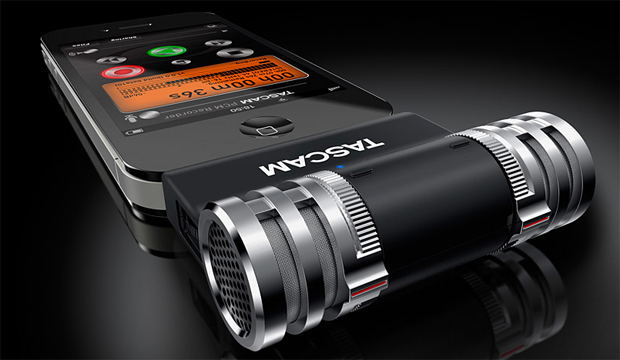 There are quite a few companies that make accessories and gadgets for smartphones, but most of them focus on the usual protection sleeves and skins, adapters for audio and various ports and various docks that can be used on a table, in your car and on the go for listening to music or recharging the phone. There really aren’t that many unique gadgets that also have a few very cool features. The exact same can be said about apps – after all, they’re basically gadgets, as well, only in software form.

With that in mind, here’s a list of some of the most unique smartphone gadgets that were announced, released or demonstrated just a short while ago:

. While the video capabilities are a bit lacking, a smartphone is pretty much ideal for audio recording, and a lot of people are actually using one instead of the good old dedicated audio note takers. However, the integrated microphone is not always up to the task, that’s why Tascam offers you the iM2 – a high quality dual condenser microphone array with its own preamp that plugs straight into our iPhone and lets you record very high quality audio – you can easily use it for interviews on the go, record live concerts in stereo mode or use it to augment the iPhone 4S new video capabilities and post that high quality clip straight to Youtube without even editing it. The $80 price is a bit high, but for the ability to replace a whole bag’s worth of equipment, it may be worth it. 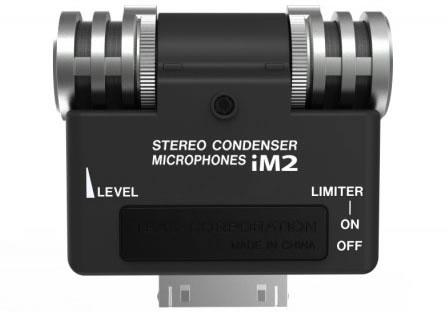 . Here’s something really useful for any smartphone owner – a Wifi to HDMi adapter! The xBounds dongle from Dream Chip Technologies is a dream come true for the many smartphone and tablet owners that don’t have HDMI out capability, but want to output their game, video, Web browser or anything else to a big screen. Using their proprietary compression, you can stream high resolution video to any TV or projector with a USB port, in real time – in many ways, it’s even better than a cable, since it’s wireless – how about that for Angry Birds using your TV? The price is pretty steep at $135, but still I really hope the thing comes to market – many people would get it if only for their older but beloved tablet/smartphone without video output.

. Videosurf is basically Shazam for video, and if that sounds simple, I should note that it really isn’t – recording a video, analyzing it in almost real time and giving you results requires some impressive work on the computer part (and bandwidth on your part). The app was available for the iPhone and Android OS only, but with Microsoft acquiring it now, it should come to Windows Phone 7 and Xbox Live, as well.

. If you don’t like to carry a separate digital camera with you and you find your iPhone 4’s camera good enough for whatever pictures you’re taking, but you still want to be able to take more diverse shots or add an artistic feel to your photos, the OlloClip may be what you’re looking for. This small gadget is basically a 3 in 1 lens adapter for the iPhone – it attaches to the corner of the iPhone and lets you get better macro, fisheye and wide angle shots – very ingenious and pretty useful, although the price of $70 can make you think twice before purchasing it. 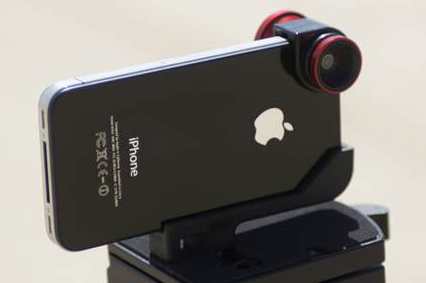 . If the OlloClip is too small or too normal for you, you can get the Photojojo Lens Dial. This is definitely a niche gadget for extreme photographers or people who want to be unique, and while it basically gives your iPhone the same functionality as the above OlloClip, it is much bigger – big enough to fit the iPhone like a dock and turn it into an almost real sized camera. With the crazy $250 asking price, it’s definitely not going to be a popular accessory, but it looks wicked nonetheless. 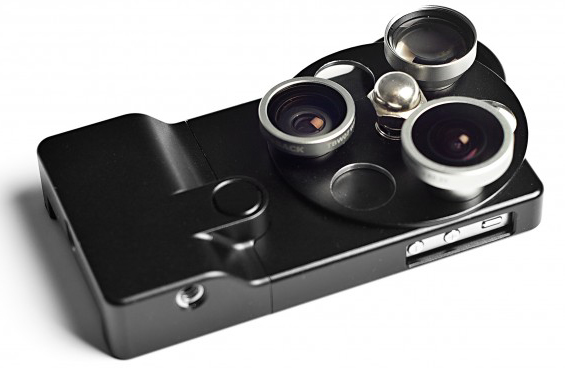 Certainly, you can’t say you’re not impressed by at least some of the above gadgets – whether you find them actually useful is another matter (although I believe there are a lot of people who could use one or two of them in everyday cases). Let’s hope that more companies will present us with such accessories and apps so our smartphones can become truly universal devices.