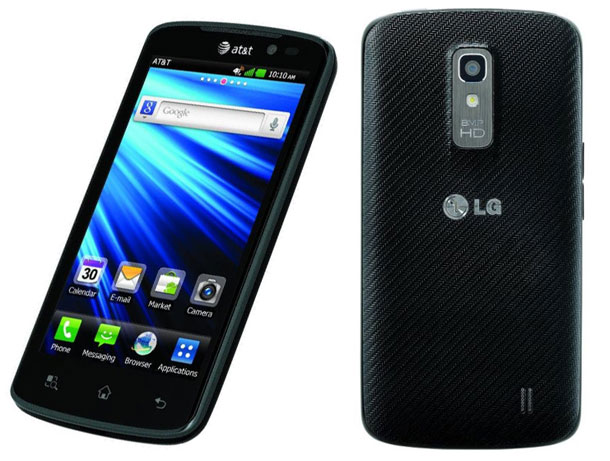 LG seems to be on a downhill lately, with no major announcements coming from them. They were the first company to announce a dual core smartphone, and the Optimus 2X/G2X is still a very fine device, indeed.

But it seems that their engineers haven’t been just sitting there, resting on their laurels, and with the recent news of a new premium fashion phone developed in conjunction with Prada (I hope you remember the first one, which had a capacitive touch screen quite a while before the iPhone), they were also planning to announce the Nitro HD – a new LTE smartphone headed for the US… but AT&T’s patience broke down first and they made it official before LG – their right, I guess. So what does the new phone bring to the network’s already rich table?

Quite a lot, actually! The Nitro HD is one of the top 4G LTE handsets in the world, being easily able to compete with such giants as the HTC Rezound, Droid RAZR and Galaxy Nexus – yep, LG is definitely not out of the high-end smartphone game, after all.

The exterior of the Nitro HD doesn’t look all that different from most of the other slab smartphones on the market from what we can see on the released mockups – you’ve got a big screen on the front and a camera on the back, which by the way seems to either have a nice texture or be made out of some weaved material, kind of like the RAZR’s Kevlar back (although it would me weird if LG just openly copied them like that).

The display on the Nitro HD is a marvel – it’s using the same IPS technology as the Optimus EX, which means it has excellent viewing angles, color reproduction, brightness and contrast (the same or better than on the iPhone 4, for example), while the 1280×720 HD resolution makes everything look super sharp and crystal clear, and at 4.5 inches in size, it will be very nice to look at, whether in the dark or in direct sunlight.

The performance of the smartphone will also top almost any other smartphone out there, expect the above mentioned high end models – the Nitro HD uses a dual core 1.5 GHz processor, coupled with 1 GB of RAM – that’s pretty much top of the line specs. There are 4 GB of internal storage space, which is a bit on the low side compared to the competition, but the addition of a micro SD card slot AND a 16 GB card in the box makes up for that. Other hardware specs include an 8 megapixels camera on the back and a 2 megapixels unit on the front, Wifi, Bluetooth, GPS, HDMI out, all the usual sensors and of course, the 4G LTE radio, which unfortunately seems to drain the battery pretty quickly on existing models and will no doubt do the same on the Nitro HD.

The 10mm slim handset will be available by the end of the year and will cost a pretty high $250 – more than some people may be ready to pay for 4G LTE, but the HD display and top performance may be worth the price.