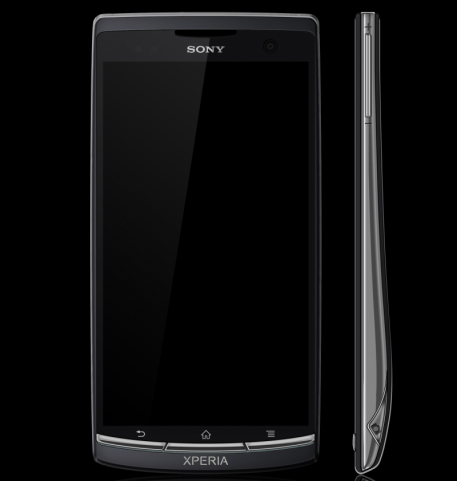 The Sony Ericsson brand has existed for quite some time, and you may not even remember that they were once separate companies, competing with each other on the phones market. Ericsson made some pretty decent phones, and so did Sony (even then, they focused more on style than features), but when both companies started losing the edge and having financial problems (well, the latter is more true for Ericsson), they decided to create the merger that would be Sony Ericsson, which has successfully existed and competed on the smartphones market, mostly in their own fashion/style category…

Up until now, that is, because Sony has finally acquired Ericsson’s part of the joint company and after releasing the Sony Ericsson Xperia Arc HD, the last phone under the old brand, they’ll start creating phones under the Sony name. The first of many upcoming products on the smartphone market will be the Xperia Nypon, which has already surfaced in leaked shots, and it looks pretty good. The name is an interesting choice, since Sony is a Japanese company, and maybe it signifies that they’re now fully Japanese owned, instead of being half European/Swedish.

The new Nypon uses a tapered wedge design similar to that of the Sony Tablet S, which should make it feel great in your hand while still being relatively slim, and the overall finish of the device is pretty much the same as with previous Sony Ericsson smartphones – the same sleek lines, glossy black finish and darkened glass over the display, plus the “smiling” hardware buttons for Android navigation right below the screen.

The internal specs of the new device are as of yet mostly unknown, although it is presumed that the phone will be using a new dual core processor from ST-Ericsson (the NovaThor U8500 chipset, to be specific) with a powerful graphics adapter, 1 GB of dual channel RAM, a 4 inch AMOLED display with a qHD resolution, Sony’s 8 megapixels Exmor R camera as the main unit (and probably a 2 megapixels one on the front), and 16 GB of ROM with a micro SD card slot for expansion (either that, or just 32 GB of onboard memory).

By the look of it, Sony will continue producing stylish smartphones that are practically in their own niche, and I really think they’re onto something with the new design. If the internal specs are as rumored, this will be yet another great phone from , oops, Sony – the price will probably be accordingly high, as well, if past devices are anything to judge by.