Trending
You are at:Home»Gadget Reviews»Kobo Vox – can the underdog company’s eReader tablet actually succeed?
By Gadgetman on Jan 2, 2012 · Gadget Reviews 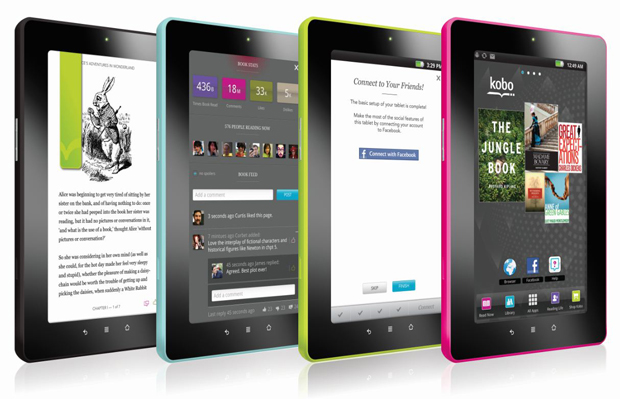 Kobo is the company you’ve never heard of, but which has been on the market for quite some time. They have successfully played the underdog role and sold quite a lot of their eReader Touch units, which match the Kindle and All New Nook feature for feature almost completely.

Now, they’re at it again, this time on the color tablet/eReader combo market, which is currently dominated by the Kindle Fire and Nook Tablet (you could also count Nook Color in this category). However, the cheap E-ink book reader didn’t require as much consideration as a full-fledged tablet, so things may not go according to the plan for the company this time.

Their entry to the market is the Kobo Vox, which has basically the same concept as the Kindle Fire and Nook Tablet, and it even runs on similar hardware and the Android OS. So how does it fare against the leaders?

Not very well, actually. The main problem here is the fact that Amazon and Barnes and Noble are cutting the prices for their tablets so low they’re actually losing money on them, with the hope that they’ll get them back with eBook sales on the newly purchased devices. Kobo doesn’t have much space to wiggle here, and if they want to make at least some profit, they have to sacrifice on something else, if not the price. Sadly, they sacrifice on the hardware, and that could be a fatal mistake.

The design of the Vox is pretty normal – it’s just a slate, made mostly out of plastic, but still decently sturdy to withstand daily use. On the front, there’s a 7 inch display with a resolution of 1024×600 pixels and a pretty bright LED backlight, which makes it readable during night, as well as in sunlight if need be. The back cover is textured, which gives it extra sturdiness, and there’s nothing there besides the company’s logo.

The device uses a Freescale MX51 processor, running at 800 MHz, and this is the biggest drawback – while it’s definitely enough for reading books, the fact that it has a color display and a more or less complete Android OS means that owners will most likely use it for Web browsing, watching videos and the occasional game or two, as well – things for which the processor is pretty weak.

There are practically no communication options, as well, besides the Wifi N and GPS radios. There are no cameras, either, so you won’t be able to take any photos or make video calls over VoIP with Skype, for example. The device has a micro SD card slot for the storage space, and the 512 MB of RAM are enough for multitasking, but the processor will be, again, a bottleneck in this case.

The Android OS has been modified just slightly, which is a good thing if you want to be able to install the apps from the original Android Marketplace (not without a bit of hacking, though), and the reader interface is pretty good.

The price of the device is the same as for the Kindle Fire and the Nook Tablet, $199, but the Vox pales in comparison to the performance of those tablets. If anything, the Kobo Vox would make a good in-car GPS navigator or a good device for modders, since an overclocking for the Freescale CPU would do it a lot of good.