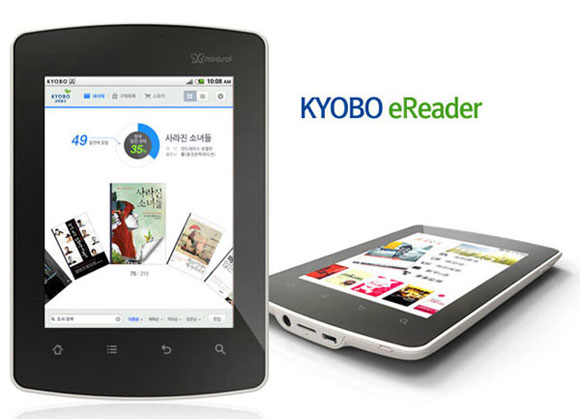 The eReader market has been dominated by e-ink displays for quite some time – in fact, you could even say that it was started by this technology. E-ink displays consume very little power, making it possible for eReaders to last for weeks without a recharge, and more importantly, they look a lot like paper, making them very easy on the eyes when reading, as well as having a perfect visibility in direct sunlight – something that traditional LCD screens have yet to achieve.

But there’s one huge drawback to E-Ink technology, and that is the fact that they’re only grayscale (or even monochromatic in the cheapest readers) – that severely limits their usefulness. With today’s new digital media, people want to see color pictures and video inside their digital books and magazines, and that’s why they often opt for a color screen tablet, even though they’re a bit harder to read – that’s the reason why the iPad easily outcompetes the Kindle and other eReaders.

But a new development in e-ink, namely the Mirasol technology by Qualcomm, promises to change that by introducing full color e-ink displays, which will consume just as little power as their grayscale brothers, yet be able to show the full gamut of colors that LCDs are currently capable of. After several years of development, it seems that the technology is ready for the mass market, and the first eReader using it is already on its way – the Kyobo Mirasol eReader will be the first device to feature the new display.

The Kyobo Mirasol will only be available in South Korea, from Kyobo – the country’s largest book seller, but hopefully it will come over to the western world once Amazon and Barnes and Noble realize the potential (I’m actually pretty sure they already have). The reader costs $310, which is a bit on the pricy side, but it’s definitely acceptable for such a new technology and for what it offers.

The Kyobo Mirasol eReader has a 5.7 inch Mirasol display with a respectable 1024×768 pixels resolution, which is extremely visible in sunlight and daylight (it’s just as good as paper) and is illuminated by LEDs from the front (kind of like edge-lit TV displays) when reading in the dark. The colors of the screen are a bit washed out and not as vivid as you’d expect from a display – they’re a lot like the color STN displays on the first laptops, but they’re definitely there and you can easily view images and photos and make out the details.

The refresh of the display is also a bit noticeable, but most of the times, you can play a video without problems, and hopefully any refresh artifacts will be removed in the final model or the second generation Mirasol screens.

The big feature of the eReader is of course, the battery life – users will be able to get up to 3 weeks of use out of it, which by far exceeds the battery life of any LCD-equipped tablet out there. It’s especially impressive when you consider the small battery that the Kyobo is using – if the technology develops further, we could have smartphones and laptops that last for days or even weeks without a charge, which would be amazing.

The other specs aren’t nearly as impressive: the Kyobo Mirasol uses a 1 GHz Snapdragon processor, 512 MB of RAM and runs on Android 2.3 Gingerbread, which is complete with the browser, apps market and all, providing the user with a full Android experience. Still, I’d get one of these if only to have a very long lasting device to read books, magazines and articles, as well as watch videos on the go – Mirasol is really impressive!