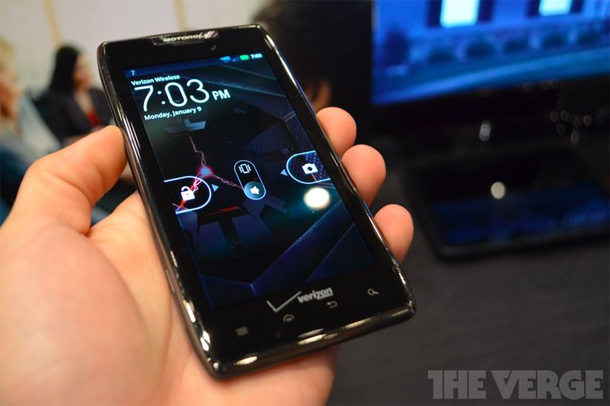 The Motorola Droid RAZR was released not long ago to great acclaim from pretty much all of the popular magazines and reviewers, and it looks like users love it, too. It has also marked the start of a new design trend for Motorola’s mobile devices, with the same overall shape and style seen in the new Xyboard tablets and the Droid 4 smartphone.

While the RAZR has pretty much all the features you’d expect a smartphone to have, including a fast dual core processor, big 4.3 inch qHD resolution display and 4G LTE radio, its battery life really leaves a lot to be desired – most of the times, you’d be happy to get 7-8 hours of moderate use out of the device, with 4G enabled. The 4G LTE radio looks like it’s the biggest power hog, along with the display, and a lot of users have complained about it.

Now, Motorola seems to have heard those complains, but instead of doing nothing about it (which is usually the course of action) or releasing some software update, they decided to go all out – you could even say overboard – and release a whole new redesign of the Droid RAZR with a battery life that is sure to beat anything else on the market: meet the Droid RAZR MAXX.

The only things that are different in the new RAZR MAXX are the thickness and battery capacity. While the first Droid RAZR had a 7.7mm profile with a slightly thicker bump at the top for the camera and LED flash, USB/HDMI ports and 3.5mm audio jack, the new MAXX is 8.9mm thick overall. If you’re thinking that is still thinner than most of the competing devices, you’re right – the MAXX is not that much thicker than the Galaxy S2, and it’s still thinner than the iPhone 4S and Nitro HD, for example.

However, it now has something almost extraordinary on the inside – a whopping 3300 mAh battery, which can last around 21 hours of continuous use on a 4G network – how’s that for battery life? This is certainly an interesting move, and I’m surprised that no other company has thought of this – having a phone that can easily last through a whole day of intensive work seems like a no brainer for business users, professionals or people who want to always be connected.

The other specs of the device remain the same: the Droid RAZR MAXX uses the same TI OMAP 4 dual core processor running at 1.2 GHz (and easily overclock able to 1.5 GHz!), 1 GB of RAM, the updated PowerVR SGX540 GPU, 8 megapixels camera on the back and 2 megapixels snapper on the front, Wifi N, Bluetooth, GPS, 4G LTE radio and more.

The phone is also running Android 2.3 Gingerbread, but Motorola says that the Ice Cream Sandwich update will be available very soon, for both the Droid RAZR and RAZR MAXX, so it’s all good on that front. Current Droid RAZR owners will undoubtedly be angry with Motorola for releasing an updated product so soon, but hopefully Verizon will offer some sort of exchange program. The RAZR MAXX will be sold along with the Droid RAZR, but I don’t see why anyone would choose the first model when they can have three times the battery life at the expense of literally 1mm.