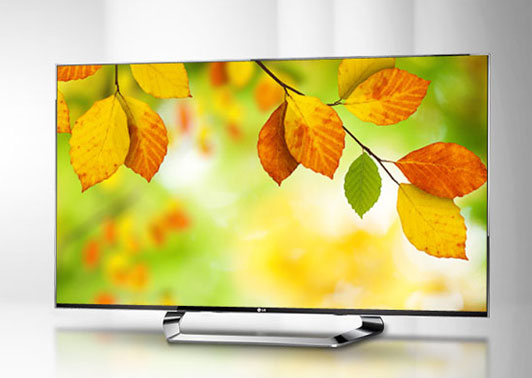 There was not a shortage of impressive televisions at CES 2012, especially OLED televisions, a new form of LCD technology designed specifically to be extremely quick and responsive, ideal for gaming and home theater systems. Despite being fast as lightning, OLED televisions have much less blur than their LED counterparts. Color richness and contract, the deepness of blacks and brightness of whites and color accuracy is much improved for these televisions compared to the LCD and plasma televisions available now.

The LG EM9600 was by far the most impressive television at CES 2012. With a thickness of just 4 millimeters and a weight less than 8 kilograms, this television is not only a dream for any gamer or any movie lover, it is also fairly easy to move. It includes Smart TV with a dual core processor, wireless technology built in, a web browser, applications and other tools for using the Internet and doing other tasks. However, if you're like me and typically just enjoy sitting back and watching directstartv.com offerings, this television will still blow you away with its astounding visuals and high quality sound.

The major drawback of the LG EM9600 is the anticipated average retail price upon release: approximately $6,000, maybe more. While the picture quality, exhaustive feature set, and the immersive experience created by this television definitely impresses, the large price tag is likely enough to make most potential buyers shy away from purchasing one right now. However, it is possible the price may fall before the release date.

Another concern about the LG EM9600 and similar OLED televisions is the average anticipated life span of the displays. In the past, when companies have attempted to release similar models, the high failure rate on the manufacturing line led to increased costs to the point where it could not possibly be profitable to sell OLED televisions. However, the OLED displays used in the new high definition televisions at CED 2012 use a different design than the older prototypes, leading to a much higher quality picture and longer picture life, so you won't have to keep buying new televisions or getting yours repaired.

The expected release date of the LG EM9600 and similar televisions is currently late 2012, definitely planned before Christmas and even Thanksgiving but very, very unlikely before onset of Summer.