Trending
You are at:Home»Gadget Reviews»Samsung Series 9 15.6 inch Ultrabook – showcasing the future of mobile workstations
By Gadgetman on Feb 10, 2012 · Gadget Reviews 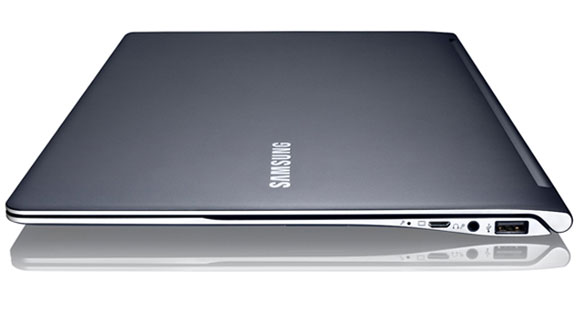 Samsung has definitely been one of the biggest players on the market in 2011, having announced and released a lot of successful products in most electronics categories. You have the Galaxy Tabs, the Galaxy S2 smartphones, the first Ultrabooks, some very beautiful 50+ inch LCD TVs and more.

At CES 2012, they practically proved that they’ll repeat the same process this year, as well. And among the many new laptops they presented, the new 15.6 inch Series 9 Ultrabook stood out like a diamond does in a coal mine. This laptop is the perfect combination of power and mobility, and if it represents the future of Ultrabooks, then I’m definitely sold.

The Series 9 has received updated models, and while the second generation doesn’t look as unique as the first one, they are more durable thanks to the unibody construction (with a sandblasted finish for resistance against scratches and fingerprints), as well as more powerful thanks to the updated internal hardware.

The 15 inch version is the most attractive among them – having a full-sized display in such a slim and small housing is pretty amazing. The display itself is Samsung’s own LCD panel with SuperBright Plus technology (300 nits of brightness) and a resolution of 1600×900 pixels, which is much better for work than all the 1366×768 screens out there. The bezel around screen is strikingly narrow – Samsung used a shell that would normally fit only a 14 inch display, just like they did with their other Ultrabooks. The laptop with the lid closed is only 0.6 inches thick and 3.5 pounds light.

On the inside, you’ll find the huge track pad and the usual island style keyboard, both of which are pretty good, although the multitouch experience on this touch pad is not as good as the one on the MacBook Air, for example. The keyboard also doesn’t have a backlight option, which is a bit weird since it should not be a problem to install one – I believe Samsung thought the display is bright enough to light the keys in the dark.

The performance of the new 15 inch Series 9 Ultrabook is comparable to that of the smaller models – they all have pretty much the same processors, although Samsung has included 8 GB of RAM as standard on the 15 inch version. You’ll have the choice of a Core i5 or i7 ULV processor and a 128 or 256 GB SSD for storage space. Thanks to the bigger housing, Samsung has been able to fit a bigger battery in this model, which is rated for a whole 10 hours of lifetime – pretty impressive for a 15 inch machine!

The other hardware features are pretty much equal to the 13 and 14 inch versions – there’s the internal Wifi and Bluetooth adapters, as well as an array of ports around the body: three USB ports (which frankly should be the minimum on any laptop), a DisplayPort, HDMI out, and a 3.5 mm audio jack. These should be enough for most people.

The 15 inch Series 9 Ultrabook will retail for $1499, which is on the high side, but the model really has the potential to replace a workstation for those who travel a lot – with a big display, long battery life and a decent processor under the hood, who needs a 5 pound machine for their work? The next generation will be even better thanks to Ivy Bridge, and it looks like Intel is right – Ultrabooks will replace laptops, eventually.