Trending
You are at:Home»Gadget Reviews»Smaller iPad Mini due in the second half of 2012?
By Gadgetman on Mar 2, 2012 · Gadget Reviews 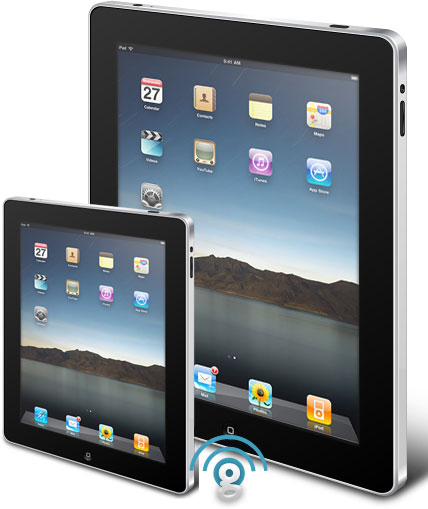 So much iPad 3 rumors have been going around. Here’s a quick recap: Yes, it’s going to be announced on March 7 at an Apple media event. Yes, it will most likely have Retina display. No, we’re not sure if pre-orders will be taken on that day. And yes, it is thicker than iPad 2 – a 0.81mm difference to be exact. Now, let’s talk about the smaller iPad Mini shall we?

As cited by DigiTimes, iPad Mini has a screen size of 7.85-inch and bound to be launched in this year’s second half. Price is estimated to be somewhere between $249 and $299, similar to the rumored 8GB iPad 2. CNET wrote an identical report last year citing several sources. According to them, they first heard of iPad Mini from an Asia-based supplier of LCDs. The rumor came about a month before the shipping of Amazon’s $199 7-inch Kindle. Other CNET sources say “Mini” doesn’t refer to a smaller iPad but that it will be priced more affordably while retaining a 10-inch screen size.

Steve Jobs himself didn’t like the idea of a 7-inch tablet, altogether dismissing Apple will produce one. During an earnings conference on October 2010, he said “Apple has done extensive user testing and we really understand this stuff… we think 10 inch is the minimum screen size to create great tablet apps.”

Analysts never dismissed the possibility of Apple making 7-inch tablets though. Many believed the company will consider the idea if Kindle Fire nears iPad in sales. Times have changed and Kindle Fire has proven itself as competition with their 7-inch tablets. This is probably the reason why rumors of iPad Mini are coming up again.

If Apple does release a 7-inch tablet, do you think you’ll buy one?