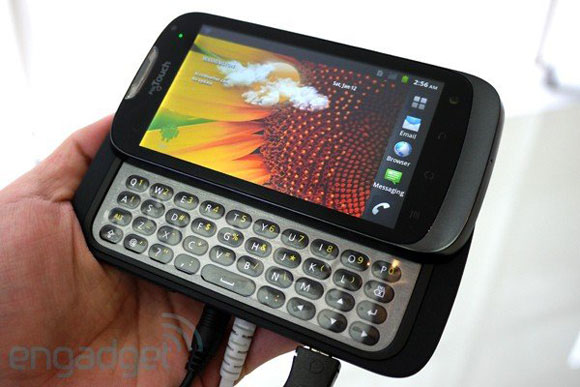 The MyTouch series from T-Mobile is well known among smartphone users – at one time, they were the most popular affordable Android devices on the market, and the company seems intent on continuing that marketing strategy.

The first MyTouch smartphones were made by HTC, but T-Mobile seems to be going away from the company this year, with the new MyTouch models being made by LG and Huawei. We’ve seen LG’s handsets already, but Huawei’s offer is more interesting – it’s called the Ascend G312 QWERTY (obviously the MyTouch name will be different) and it’s a great low/mid-range phone with a QWERTY keyboard.

The design of the Ascend G312 QWERTY is nice – it’s got a solid feel, rounded corners and a great sliding mechanism that works a lot like the Samsung Captivate Glide and other spring-loaded sliders, for that matter. You certainly wouldn’t know it’s made by a company that’s been considered as a low-end market caterer up until recently – the quality is right up there with all the other MyTouch phones and any modern QWERTY devices, as well.

The hardware features of the Ascend G312 QWERTY are pretty much the same as you’ll find on any other smartphones – with the exception of HDMI out capability and NFC, the phone has everything you can think of. There’s the normal Wifi, Bluetooth and GPS radios, accelerometer/proximity/light sensors, as well as 3.5 mm audio jack and USB port. The 4.0 inch display with its 800×480 pixels resolution is nothing out of the ordinary, but good enough for any kind of use. The QWERTY keyboard is actually pretty comfortable – it’s almost on par with the one on the T-Mobile G2 and even the Droid 3, and that says a lot.

The performance of the handset won’t break any records, but you won’t feel it slow down to a crawl, either – the single core Snapdragon running at 1.4 Ghz with the accompanying Adreno 205 GPU is more than enough to run all of your apps and games, especially with 1 GB of RAM to back them up.

The phone will run Android 2.3 Gingerbread out of the box, which is a bit disappointing, but the OS is good enough for any tasks – normal users won’t even care that the latest Ice Cream Sandwich isn’t installed. An update to ICS may be coming soon, though, so there should be no problems in that regard. 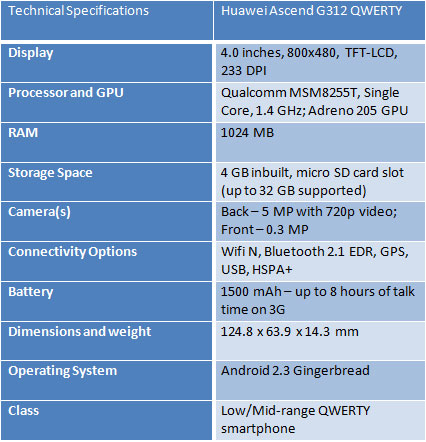 There’s no word on the release date yet, but the new MyTouch should be coming out by the end of this spring, so it won’t be long before you can get it. The price will be below $100 with a contract – just as it should be for a mid-range 3G-only smartphone with a good QWERTY keyboard.

I’m not sure how well the phone will fair with all the competition, though – for $100 or $150, you can get much better handsets – even the first generation of high end dual core Android phones, which are still on sale, are be a better choice for most people, so it may be hard to convince them to buy the new MyTouch.