Trending
You are at:Home»Gadget Reviews»Why Google’s Project Glass and other video overlay glasses are the next big thing
By Gadgetman on Apr 17, 2012 · Gadget Reviews 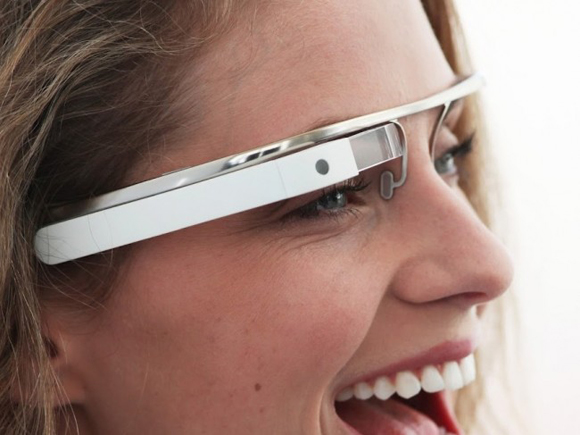 Pretty much every self-respecting Sci-Fi show, movie or book has, at least at some point, mentioned some sort of visor technology that helps its user with real time information that is of use at the moment. In the real world, video glasses and virtual reality glasses have been around for quite a while, but they’ve never stepped out of high tech labs at the biggest research centers and universities. Until now, that is.

It seems that the future of seamless integration of the virtual and real worlds is very close, with multiple companies announcing plans for Augmented Reality glasses that would overlay information right into the user’s eye(s). Google’s Project glass is the most popular at the moment, but Lumus has actually already demonstrated not one, but two working versions of such glasses (although they didn’t look anywhere as good as Google’s prototypes).

If you’ve seen Google’s glasses and don’t see what the big deal is, let me clarify that you don’t have to look straight at the glass to see the video overlay – instead, that glass works as a reflector/lens that directs the video straight into your eye, so you see the video seamlessly overlaid in front of you.

Many people believe that these kinds of glasses are the future, and I definitely agree. Video overlay glasses are the next big thing after smartphones, and they bring augmented reality closer, being much better at it than smartphones or tablets. The first models will probably work as wireless or wired displays and still require you to have a phone in your pocket to do the processing, but that’s not that big of a deal and it helps reduce the overall size of the glasses themselves to an acceptable level – as compact as normal glasses, in fact.

There are a lot of ways you can use these glasses, from reading emails to watching videos, and most of the time, they’re much more comfortable than a smartphone for doing everything on the go – you can clearly read any messages, sites or watch Youtube videos, for example, on a big display without having to hold your phone in your hand. You can stay connected sand informed in any situation and navigating through a city, whether in a car or on foot, would be much easier.

Another great use for Project glass type of AR glasses is to work as a knowledge retrieval layer – today’s technologies and jobs are increasingly more complex, and it’s pretty much impossible to do anything without consulting a manual first, and that’s where the glasses step in. You could do any kind of work without interruption or having to remember a ton of diagrams and instructions by simply having them shown on your overlay video – disassembling a copier, laptop or engine will become so much easier for a lot of people who are in the field.

Shopping for the best product in any store will also become a better experience, without salesmen being able to push their worst selling products onto you – you’ll always be able to quickly read reviews, ratings and compare specs right before choosing what to spend your money on.

While the demo video for Google’s Project Glass is a bit unrealistic and has mainly been used for creating parodies, video overlay glasses will definitely be useful for a lot of people (most people, actually), and we don’t have to wait a long time for them to come to the market – seeing as at Lumus already has working prototypes, the first such glasses will be on sale by the end of the year.