Trending
You are at:Home»Gadget Reviews»MSI Z77A-GD80 – Thunderbolt mainboard based on Intel Z77 chipset – specs
By Gadgetman on May 22, 2012 · Gadget Reviews 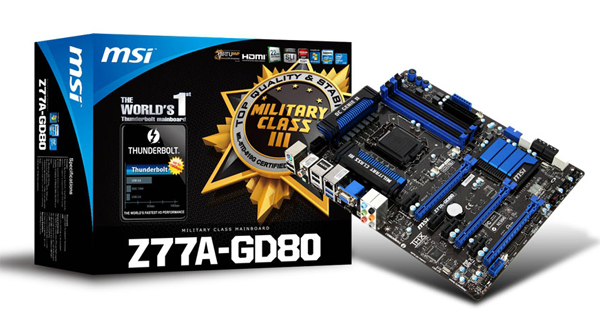 During this year’s Consumer Electronics Show in Las Vegas, MSI showed off a mainboard based on Intel’s Z77 chipset – Z77A-GD80. It was capable of supporting 22nm processors, aka Ivy Bridge. The second most interesting detail is the fact that Thunderbolt was integrated to it. It is one of the few Thunderbolt mainboards announced today, with one of them being Asus P8Z77-V Premium.