Trending
You are at:Home»Gadget Reviews»Tips for choosing the right microSD and SD card for your smartphone or tablet
By Gadgetman on May 28, 2012 · Gadget Reviews 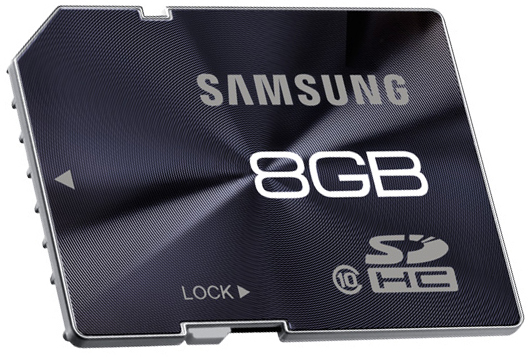 Most people believe that a smartphone or tablet’s speed relies solely on its processor; specifically its number of cores. Qualcomm’s dual-core Snapdragon S4 has proven otherwise not long ago after beating NVIDIA’s quad-core Tegra 3 in several benchmarks. In my opinion, Random Access Memory (RAM) and software also boosts or slow downs a device – and this is coming from personal experience. But it’s not enough that you opt for a device with sizeable RAM, well-integrated software, and slick processor.

Your personal choice of expandable storage could also affect the speed of your gadget. It’s not enough that you go with large memory for storing photos, videos, and files. Looking into its specifications is also a must. This holds true for both microSDs and SD cards, two of the most widely used expandable storage options.

The rule of thumb for choosing a microSD card is to go for the one with a higher class. MicroSDs are presently classified as class 2, 4, 6, 8, and 10. A class 2 microSD has write speeds of 2 MB per second; class 4 has speeds of 4 MB/s; class 6 has 6 MB/s; and so on. If you want your device to be slicker at loading apps or reading media files, you should go with a microSD card that has a higher class assignment – it’s that simple. An exception for this rule is the new line of microSD slots by Samsung. They are categorized as UHS-1 class and have ultra-fast writing speeds of up to 21 MB/s.

SD cards are also available in class 2, 4, 6, and 10 and have minimum write speeds of 2, 4, 6, and 10 MB/s. When choosing from them, the same rule for choosing micro SD cards applies – you need to go with a higher class. The fastest SD cards have a different assignment and are instead classified under Ultra High Speed (UHS) speed class. As of today, UHS classifications are limited to UHS-1 and have maximum transfer rates of up to 104 MB/s. In the future, when UHS-2 and higher cards are available, they’ll be speedier than UHS-1.

Choosing the best microSD or SD card isn’t hard. Just opt for one with the higher number and you’re good to go. Your choice will affect the overall performance of your device, be it a tablet or a smartphone and that makes it just as important as making sure they have the right hardware.