Trending
You are at:Home»Laptop Reviews»EUROCOM’s P370EM Scorpius laptop with 32GB of RAM – a gamer’s dream come true
By Gadgetman on Aug 12, 2012 · Laptop Reviews 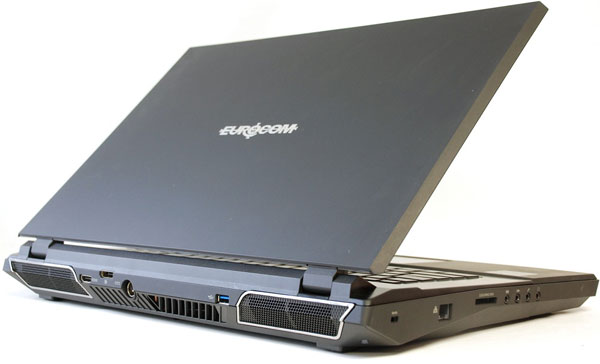 Now, with recently released P370EM Scorpius Eurocom proves again that too much doesn’t mean enough for the real gaming warriors. The latest powerful and fully configurable Scorpius P370EM supports up to 32GB RAM (DDR3-1333/1600/1866) with 4 RAM sockets in total.

This Notebook falls into the category of “Desktop Replacement Notebooks” , but looking at its monstrous specs which include NVIDIA GeForce GTX 680M (4GB DDR5) it has more graphics memory than total RAM of many desktop PCs it is supposed to replace!

It’s worth to say that above mentioned highly powerful NVIDIA GeForce GTX 680M with 4GB of DDR5 per card running in SLI (Scalable Link Interface) which allows you to build a scalable graphics solutions in an SLI-Certified motherboard for maximum performance. The alternative configuration with AMD HD7970M with 2GB of DDR5 per card in CrossFireX is not a bad choice either.

One may think that this ultimate mobile workstation is primarily aimed at heavy gamers, but in my opinion not only – it is a perfect fit for engineers who deal with CAD/CAM software, visual imagery creators, 3D modeling designers or game developers and any other graphics professionals.

The P370EM Scorpius is a great competitor to Origin’s EON 11-S gaming laptop and definitely wins over famous Samsung Series 7 laptop and even it’s not the cheapest gaming gadget – it’s definitely the most powerful one so far in the market. The lowest price for the minimal Scorpius notebook hardware specs
is $1,793 , but if you decided to go for the top specs – it will cost you around $2900.