Trending
You are at:Home»Gadget News»Firefox OS – what does it offer and does it have any chance of succeeding?
By Gadgetman on Apr 2, 2013 · Gadget News 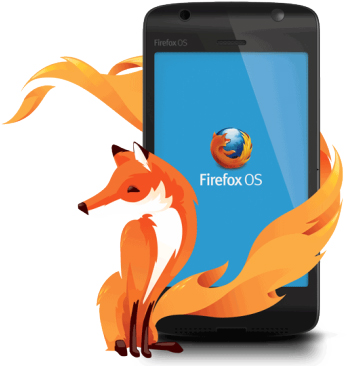 Today’s mobile world is dominated by iOS and Android – the former because of Apple’s clever and aggressive marketing (as well as the quality of their devices, at least initially), and the latter thanks to its open source and free nature and widespread adoption by pretty much every company, who’d much rather focus on the hardware than mess around with the software.

Android has also practically taken the place of Windows Mobile, and even with all their resources, Microsoft just can’t seem to get enough users for their new Windows Phoneoperating system. There have also been several attempts by other companies to introduce a new OS (for example, WebOS and the new Symbian with their long history, Samsung’s Bada OS that was just as bad as its name, and others), but all of them just could not succeed to get a significant enough user and developer base – mostly because they require a significant investment of time and money, which the manufacturers can’t afford, especially when there’s an amazing free alternative already on the market.

With all this, Mozilla is still pushing through with their Firefox OS project – they’re working pretty hard on it and already have several handsets lined up for production in the near future. So let’s take a look at Firefox OS (which is also known as “Boot to Gecko”) and see exactly what it has to offer, why Mozilla thinks it can succeed and whether it can really compete on the current market as another completely new (albeit free and open source) OS.

The first thing you need to know about Firefox OS is that the whole thing is basically a Web app, or website if you wish. That’s what sets it apart from Android and other operating systems and it’s what makes Mozilla sure it has a place on the market. Now, the definition of “Web app” here is loose, but to put it simply, Firefox OS is a website/app that runs locally and uses existing Web technologies like JavaScript, HTML and CSS to do everything, as opposed to the more traditional C and Java.

This allows Firefox OS to be faster and sleeker overall, while at the same time being much easier environment for the developers – if you know how to set up a blog, you practically know how to create a Firefox OS app. You can develop apps using a very WYSIWYG approach, without even looking at any actual code. This is possible on Android and iOS, but it’s harder and the things you can do are much more limited.

Firefox OS is actually very developer-oriented, with one of the biggest selling points being its ability to run any HTML5 apps and use an API to run any services or apps outside of the Firefox Marketplace – that will undoubtedly pick the attention of many developers who want to create something truly unique without being limited by what Mozilla has to offer or their terms of use.

To the user, that doesn’t really matter, and the UI looks very much like iOS and Android – but it should be much more customizable in theory. The first iteration of the user interface looks pretty good already, although it’s pretty much static at this point – no live updates or widgets or even folders. There aren’t all that many apps on the Marketplace, but it should be much easier to fill it than it was for iOS, Android or Windows Phone, so I can guess that there will be more than enough apps to satisfy all the users’ needs by the end of the year.

One thing where Firefox OS may fail to deliver is advanced apps and games that require native access to the device’s hardware – that’s not really feasible at the moment with Web technologies, but it could be done in the future. Right now, it’s no surprise that Mozilla is aiming the OS at the entry level market and launching only in developing countries with cheap handsets. Firefox OS is very undemanding, capable of running smoothly on a simple phone with a 600+ MHz Arm processor and 256 MB of RAM – but then again, it’s not much better than Android (at least for the moment).

Even if enough developers get onboard, I doubt that Firefox OS will be a serious contender on the mobile operating systems market for a long time – iOS and Android are mature, have all the capabilities that both users and developers need and have already taken up their share of the market, which I doubt either Apple or Google are willing to let up.

There’s just not enough that Firefox OS can offer to make a switch worthwhile – but seeing as the OS is very easy to run on existing handsets (it does use the same underlying Linux kernel as Android, after all), I think many manufacturers may release a handset or two just to give it a go.