Trending
You are at:Home»Smartphone Reviews»Alcatel OneTouch Idol – an ultraslim budget smartphone, coming to a developing country near you
By Gadgetman on Aug 19, 2013 · Smartphone Reviews

When it comes to smartphones, Alcatel isn’t the first name that comes to mind. In fact, it’s not even on the radar for anyone outside of Europe, where the French company was known for making cellphones a long time ago. 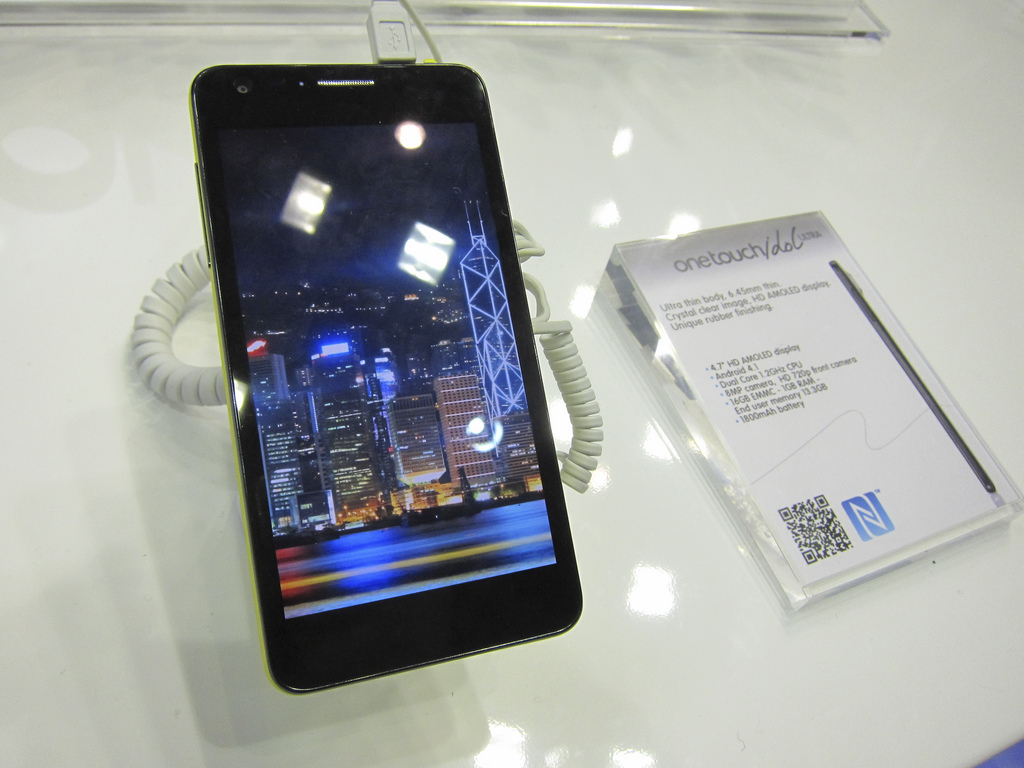 It seems that Alcatel wants to get back in business again, and they’ve entered the mainstream smartphone market with a couple of handsets that are pretty enticing – among them, the Alcatel One Touch Idol stands out as a great midrange phone that combines a nice sturdy design with decent internal specs and a relatively compact size. Let’s take a closer look at it and see if it’s really worth the attention.

The OneTouch Idol is a really well made phone (although I’m not sure it commands a premium in price for this reason alone). It’s got a simple yet still pretty unique design, with the usual display/navigation keys/speaker/sensors/camera combo on the front, all covered by a scratch resistant sheet of Dragon Trail glass and a nice plastic cover all around the phone and on the back, which has a brushed metal finish that looks and even feels like the real deal. The whole device is only 7.9 mm thin and 109 grams light, which is very nice. 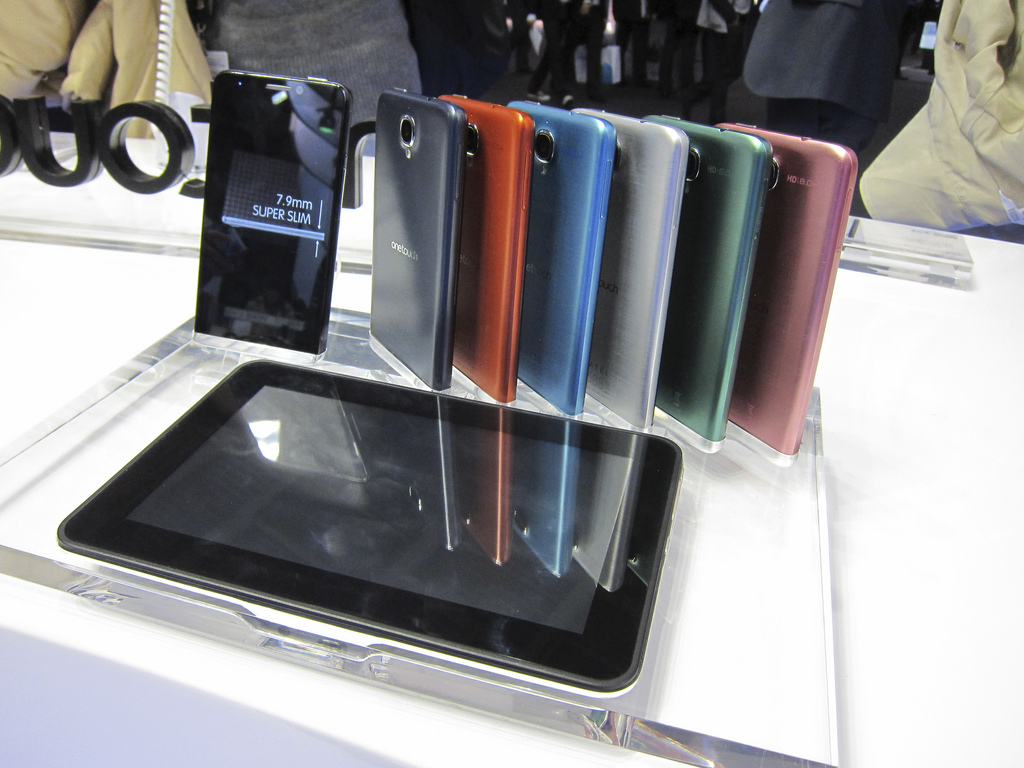 Another nice touch is the plastic frame around the glass on the front – this protects the glass from scratches when laying it screen down and reduces the risk of a crack if you ever drop the phone. The phone also comes in seven colors (black, gray, pink, red, light blue, light green and titanium), so you’ve got a lot of them to choose from – for a budget phone, that’s actually a generous range.

The hardware inside the Alcatel OneTouch Idol isn’t all that impressive, especially when comparing it to all the flagships on the market, but it’s got a decent set of tech. The display is pretty much the most important part of any smartphone, and while the Idol’s 4.7 inch 960×540 IPS LCD panel isn’t the cream of the crop, it’s still a very nice screen – great for any kind of use, with good color reproduction, high brightness and good viewing angles and visibility even outdoors, thanks to the use of fused glass technology. 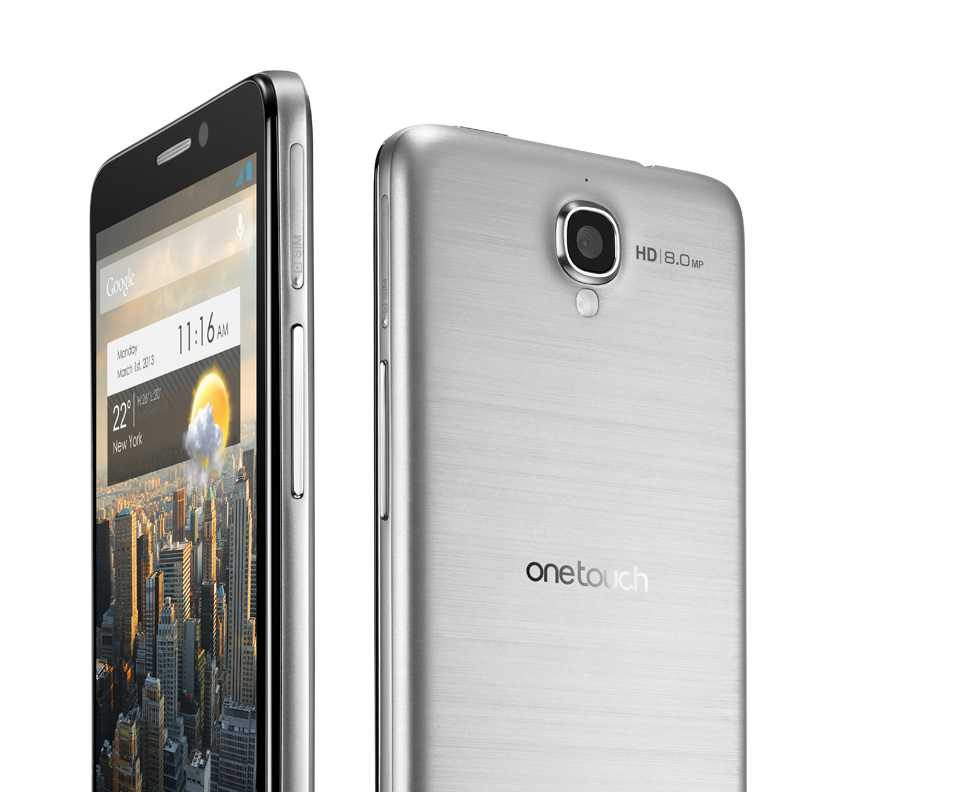 The processor is one of the weakest parts of the phone – although the dual core 1 GHz MTK 6577+ is more than enough for any kind of regular use, it’s pretty slow compared to the latest quad cores. Alcatel could’ve easily used one of MediaTek’s own quad core chips, although that would’ve resulted in much less battery life. But if you’re not into benchmarking or media editing on the go, you’ll be fine. The OneTouch Idol has 1 GB of RAM and uses the PowerVR SGX531 graphics adapter.

Storage isn’t much to talk about – there’s only 4 GB of it onboard (and not all of it is available to the user), but thanks to the micro SD card slot that supports cards of up to 32 GB, that should not be a problem anytime soon. The phone also has the usual dual camera arrangement, with a 2.0 Megapixels unit on the front and an 8.0 Megapixels shooter on the back, which can record 720p HD video (no 1080p support in this MTK chipset). 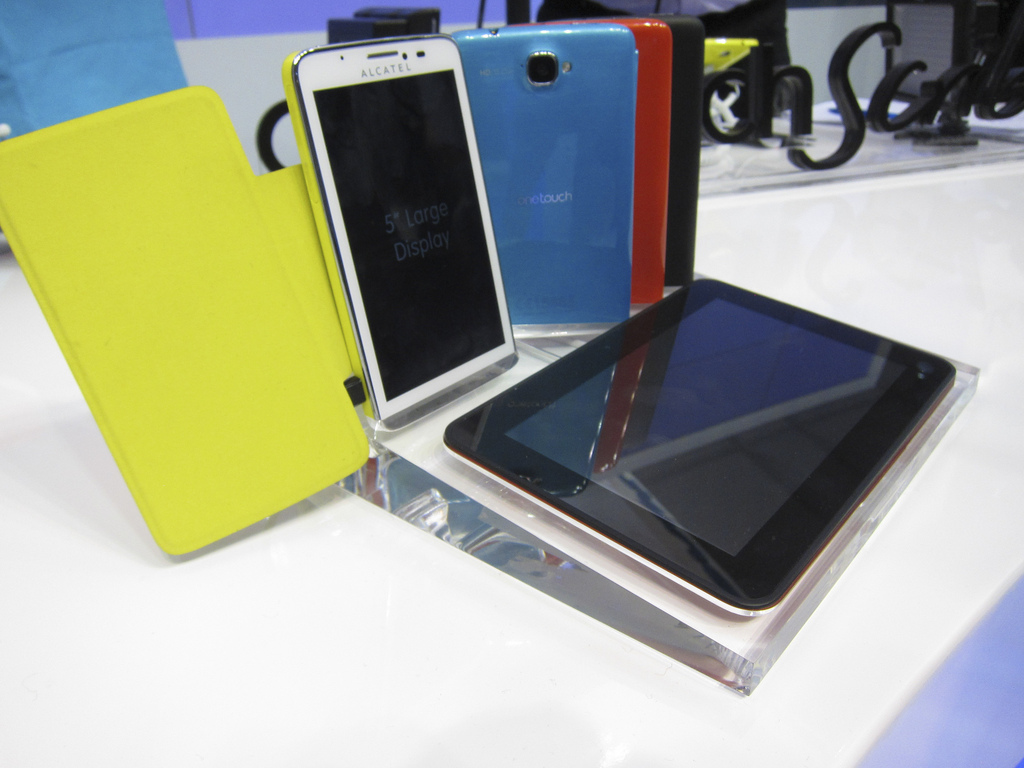 Connectivity is basic, but enough for most people – there’s the usual Wifi N, Bluetooth 4.0, GPS and Dual SIM with HSPA 3G supporting up to 7.2 and 5.76 Mbps download/upload. The 1800 mAh battery is the second weak link in the OneTouch Idol – it is only enough for up to 7 hours of use, mostly due to the MTK chipset, which is not as energy efficient as its counterparts from Qualcomm and Samsung (in fact, even MediaTek’s newer quad core chips are more energy efficient when not fully loaded!).

Alcatel ships the One Touch Idol with Android 4.1 Jelly Bean installed out of the box. The operating system is mostly unchanged, except for the selection of iOS-inspired icons and custom widgets. As for the rest – you are free to customize everything to your own liking.

While rooting the phone is not going to be a problem, being a relatively unknown smartphone from an equally little known manufacturer, you may encounter issues with finding good third party ROMs in the first year – that will certainly change once the device gets older, though. The MediaTek chipset is also hard to undervolt for more battery life, but you can overclock it a bit for more performance.

The price is probably the One Touch Idol’s biggest drawback – at $275, it is quite expensive when you compare it to the quad core competition (from Lenovo or Newman, for example), which sits in the sub-$250 range. The phone is also not available in the US or most EU countries – it’s intended as a budget phone for developing countries, but it’s really not that hard to buy it online directly from China.

If you like the design, don’t mind the relatively slow processor and can find it for a more affordable price, the Alcatel OneTouch Idol is worth a look, but there are definitely a lot of better smartphones out there.