Trending
You are at:Home»Android»Android powered 5-inch smartphone arrives on the Virgin Mobile network
By sukosaki on Sep 13, 2013 · Android 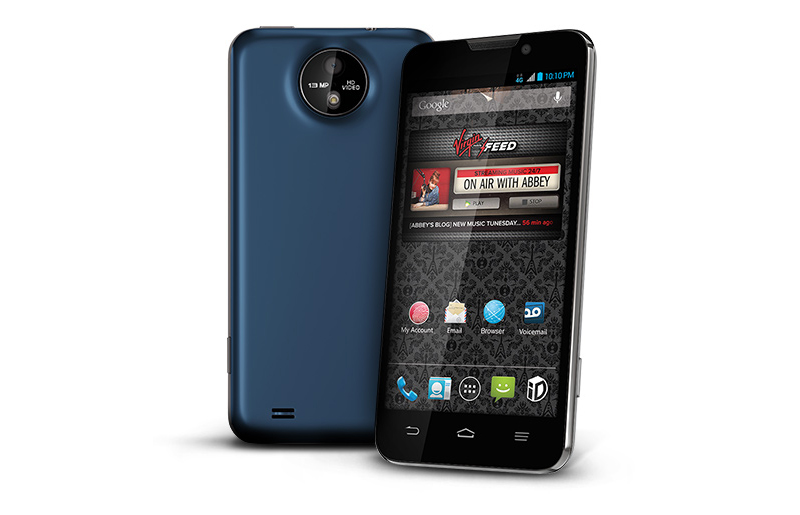 Android powered smartphones are everywhere you look in the mobile marketplace and that includes the pre-paid networks out there like Virgin Mobile. Typically, the pre-paid networks are stuck offering second level or mid-range devices to subscribers at almost full retail prices, but this new device looks to be making some changes for those looking to pick up a 5-inch device without any contract. The Virgin Mobile Supreme is powered by Android 4.1 Jelly Bean software and comes with a 5-inch, 720p HD touch screen display. The phone was announced this week and will be sold on the Virgin Mobile website for just $299.99.

The phone features the 5-inch display, which is the largest that is available through the pre-paid mobile carrier, it also comes with a 13MP camera on the back side and a dual-core, 1.5GHz processor on the inside. The phone does support 4G LTE, has a microSD card slot for memory expansion and comes with a 2500mAh battery. All of the specs are very high end and could bring a lot of attention to the mobile carrier where consumers can get Beyond Talk plans starting at just $35 per month.

The phone is clearly geared right at the gamers and media lovers out there as the 720p 5-inch display will call their names while streaming the best of content from 100’s of providers available for Android powered devices. If you are a gamer, you will be happy to know that the device comes with EA Mobile’s “Real Racing 3” pre-installed for your entertainment. If the phone can play that game, there is a good chance that just about every other game in the Google Play Store can be played on the device.

Virgin Mobile is a pre-paid mobile carrier that uses the Sprint network for coverage so even though the phone comes with 4G LTE support, you are going to have to check the coverage area to see if you will actually be able to connect to it. Other phones that are currently offered by the Virgin Mobile network include the ZTE Reef, LG Optimus F3, Galaxy Ring, Galaxy S3 and the Epic 4G Touch from Samsung.