Trending
You are at:Home»Android»Mid and Low Range Manufacturer ZTE Working on Snapdragon Powered Nubia
By Ollie Green on Sep 28, 2013 · Android 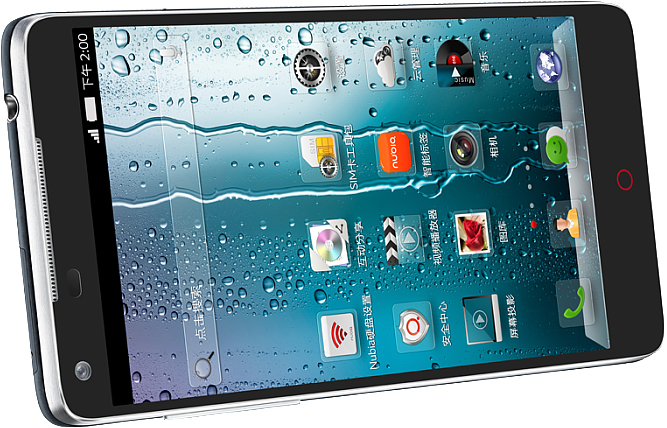 The wonderful thing about Android is that it is open and available for any manufacturer to use. Because of this there are dozens upon dozens of manufacturers out there fighting for a spot in the Android crowd, and whilst this is far from a good thing for other manufacturers, it leaves us as consumers spoilt for choices.

One manufacturer that has previously stayed dominant in the mid to low range of Android smartphone handsets is working its way up to being a bigger player in the high end scene. This manufacturer is ZTE, and they have plans to release a new ZTE Nubia handset powered by the heavy hitting Snapdragon 800 SoC chipset.

Despite being fairly unheard of in the high end world, where the market is mainly owned by Samsung, HTC and Sony, ZTE have done a great job in the lower end markets, so it will be interesting to see how they fare with the new ZTE Nubia.

ZTE is in fact among many other Chinese manufacturers trying to break into the global market. Manufacturers such as Oppo, Xiaomi and Meizu are very renowned in China, and they, along with ZTE are working hard to make it to fresh soil.

Because of this, the ZTE Nubia is going to have to be enticing to be worth purchasing, and to do this ZTE may employ their well-known tactic of offering smartphones as cheaply as possible, so if we’re lucky, the ZTE Nubia could reach western markets at a close-to-Nexus price range.

So far no details have been given on the new ZTE Nubia apart from what chipset it’s going to be powered by, so we’ll have to wait patiently to find out whether the ZTE Nubia will be a competitive smartphone at a great price, or a failed attempt by ZTE to try and capture the market.