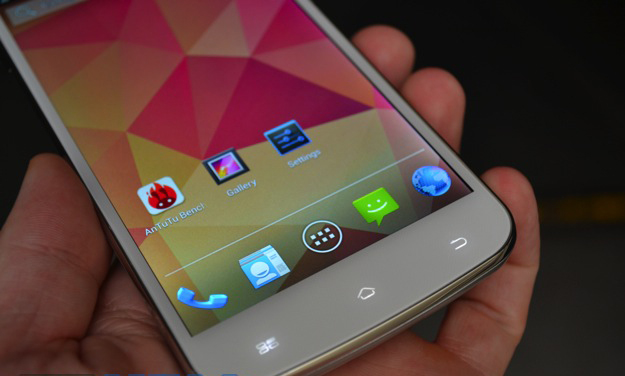 2013 is the year of quad core processors and large displays with Full HD resolution, there’s no doubt about it. But these specs are still only found on flagship smartphones, with midrange and lower end models being restricted to dual core processors, 720p or lower resolution, or both. That is, if you factor in only the known brands – thankfully, Chinese manufacturers are expanding at an amazing rate, and the quality of some of their products are on par with what you’d find on brands like Lenovo, HTC and Samsung.

One of the most interesting brands so far is Newman (a clever choice of name for a Chinese company), which has already proven itself with several high quality, high spec handsets going for a ridiculously low price, chief amongst them being the Newman K1 – a $200 smartphone that had a 720p 5.0 inch IPS display, a quad core processor and a great build quality that you would not expect to find on such a cheap device.

The phone is no longer produced for a good reason – its successor, the Newman K2 is coming to market soon. The new phone features a faster processor, better specs and a 1920×1080 resolution tucked inside a large 5.5 inch display.

The phone hasn’t been released yet, but we already have several photos showing off its design, and the K2 looks more or less like its predecessor, which in this case is a good thing. The tried-and-true housing should retain the same build quality and while the phone does look like a Samsung copy, it’s still sufficiently different that you won’t mistake the two side by side. The only bad thing about it that it has a simple laminated glass on the front – while these are still pretty hard to scratch or crack, they’re not Gorilla Glass or Dragontrail, that’s for sure. 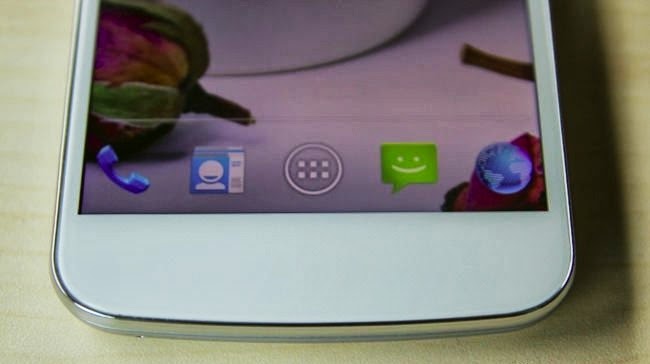 The phone has a large display on the front, along with the speaker, light and proximity sensors and front facing camera at the top – Newman got rid of the navigation buttons in favor of Android’s virtual ones. The phone has a chrome frame around the housing, and nothing but the large speaker, camera and LED light on the back. It will come in two colors, white and black, just like the K1.

The hardware of the Newman K2 seems almost unbelievable for the price. The K2 comes in two models, Basic and Advanced, with the only differences being the amount of RAM (1GB in the former, 2 GB in the latter), storage space (16 GB vs 32 GB) and of course, price. 1GB of RAM is still enough for everyday usage, although 2GB will probably become a necessity in a year or two, and storage space doesn’t really matter since you can always add more for cheap with a micro SD card.

The other specs remain the same between both versions. The screen is a 5.5 inch IPS LCD with a Full HD resolution, which is the main attraction here, and it’s amazing that you can get it for under $300. The processor is a MediaTek MT6589T quad core running at 1.5 GHz, which is more than enough for any kind of usage. Even though MediaTek’s first ARM chips were power hogs, this quad core is actually more energy efficient than the company’s previous generation dual cores, and on par with the 1.9 GHz Snapdragon inside the Galaxy S4.

The other specs include a 13 Megapixels camera with an LED flash on the back and a 2 Megapixels unit on the front (both of which are much better than the 5-8 MP blurry cams that were previously used on Chinese handsets), Wifi N, Bluetooth 3.0, GPS, HSPA+, a micro USB port and of course, the staple of MediaTek, a dual SIM GSM radio. 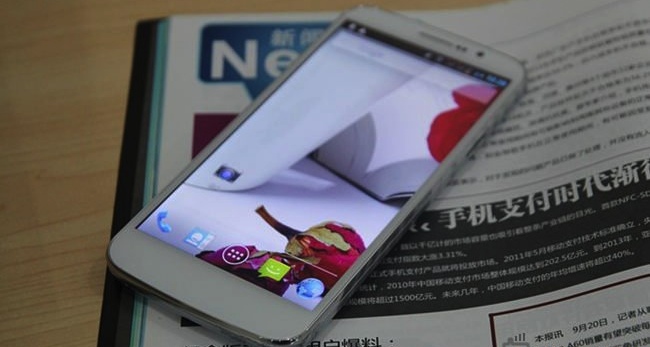 The battery is a 2500 mAh unit, which is supposed to last up to 12 hours of use, but with this display I’d say something closer to 8-9 hours is more realistic. It’s still good enough, but not as long as we’d wish. You should also know that using two SIM cards will drain the battery even faster.

The Newman K2 will come with Android 4.2.2, in the form of LeWa OS, one of the most attractive Android ROMs on the market. The interface is really nice, while at the same time being fast and stable – not what you’d expect from a relatively unknown open source project. If you don’t like it, you can always wait for third party ROMs, which should pop up pretty soon after the phone is released.

Here’s the kicker for the Basic version, you’ll only need to pay $259 – that’s unlocked, without a contract. It’s an amazing price for what you get, that’s for sure. If you want to step up to 2 GB of RAM and 32 GB of onboard storage, you’ll need to shell out $359, which seems like a reasonable increase. As always, it’s best to wait a bit until reviews of the phone come in from early adopters, but if it’s anything like the K1, this phone will be a success and a great buy for anyone – it’s already being released in China and soon enough, online stores should have it in stock, as well.