Trending
You are at:Home»Gadget Reviews»The mLogic mBack is the stealthy external hard drive for your iMac
By Gadgetman on Sep 15, 2013 · Gadget Reviews 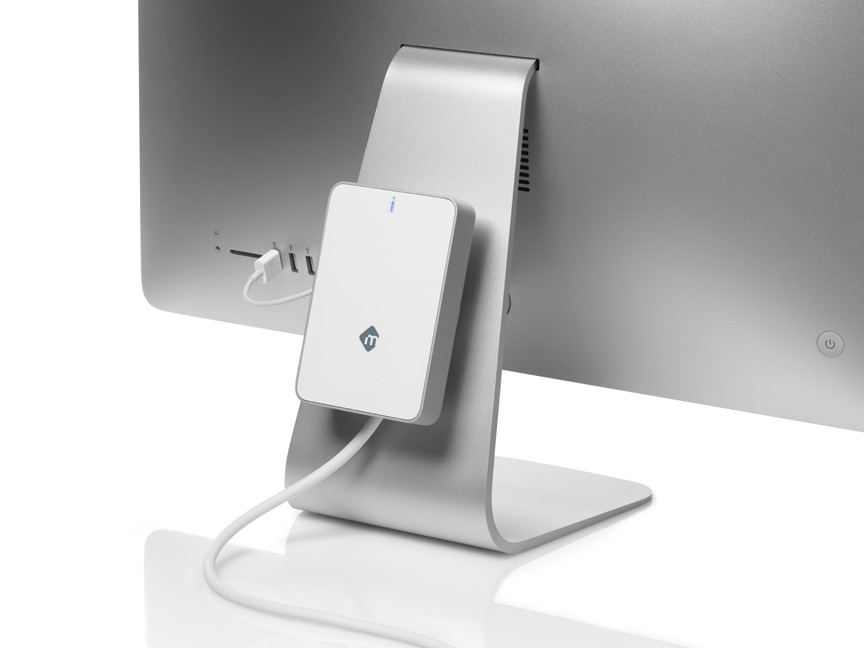 The tech industry is moving at a faster pace than ever before, and there is a huge number of products and devices being announced or released pretty much every week. In today’s Tech Digest, we have a selection of the most interesting gadgets that were announced to the world in the past couple of weeks.

The mLogic – “The First Zero-Footprint Hard Drive for iMac” is the first one in our list.

mLogic’s mBack looks like an ordinary external hard drive at a first sight – in fact, it could be used as one, except that it would look a bit weird. The reason why is that it’s aimed specifically at iMac and Apple display users who want more storage space but have already maxed out the internal drive and don’t want to clutter their desks with more devices.

The mBack is designed to attach to the back of the iMac in order to be invisible for the user. The enclosure has a simple but strong mount that also fits the drive’s own USB 3.0 cable (which also provides the power) and lets the computer’s power cable pass through – which makes for a very clean installation. The drive is available in 500GB, 1TB and 2TB capacity, so you can get quite a lot of extra storage without clutter and without breaking the bank.