Trending
You are at:Home»Gadget News»Google Mistake Shows Nexus 5 in the Google Play Store
By Ollie Green on Oct 19, 2013 · Gadget News 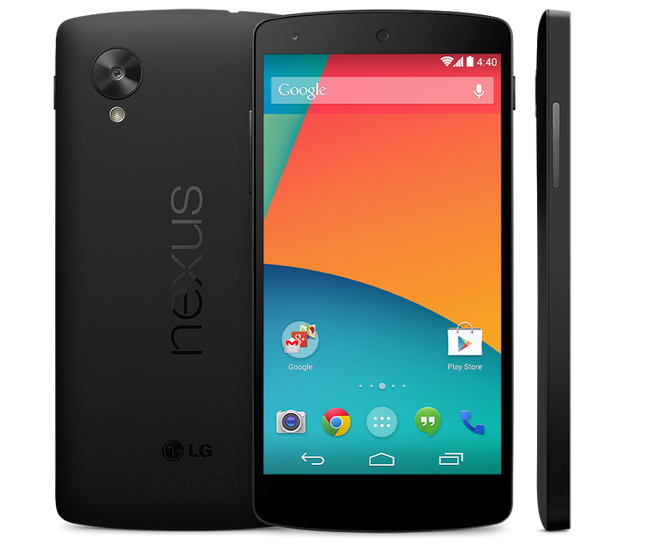 The ultimate leak before the actual announcement of the Nexus 5 has happened, and it has come straight from Google themselves. It looks as if someone at Google accidentally pressed a button a little too early, and for a few minutes, everyone with the correct link could see the Nexus 5 in the Google Play Store.

Although no one could actually order the handset from the product listing, it was seen pictured as clear as day alongside last year’s Nexus 10 and the Nexus 7 (2013), by taking the spot that the Nexus 4 sat in last year.

Since then, the product listing for the Nexus 5 in the Google Play Store has been removed, and it has been replaced with the Nexus 4, despite the device being out of stock. Thanks to the power of the internet though, we still have pictures showing Google’s slip-up in all of its glory.

Along with the description “Capture the everyday and the epic in new ways” It also stated that prices would start at $349.

Like previously rumored, the lowest priced version of the Nexus 5 in the Google Play Store will be a 16GB version, whilst another 32GB version will probably be available. The pricing for the 32GB version was not stated on the website, but it’s likely to be at least $400.

The leak of the Nexus 5 in the Google Play Store also showed a very high resolution render of the handset, and it’s likeness to the LG G2 are definitely apparent.

It’s also interesting that a large company like Google could make a mistake like this. Perhaps after all of the leaks, Google decided to accidentally show the Nexus 5 to the world ahead of its global reveal.

Either way, the Nexus 5 release date definitely isn’t far away now, and the $349 price tag isn’t bad at all, considering it will have similar hardware specifications to $600-$800 handsets.