Trending
You are at:Home»Android»Google Nexus 5 hands-on video
By Gadgetman on Oct 13, 2013 · Android 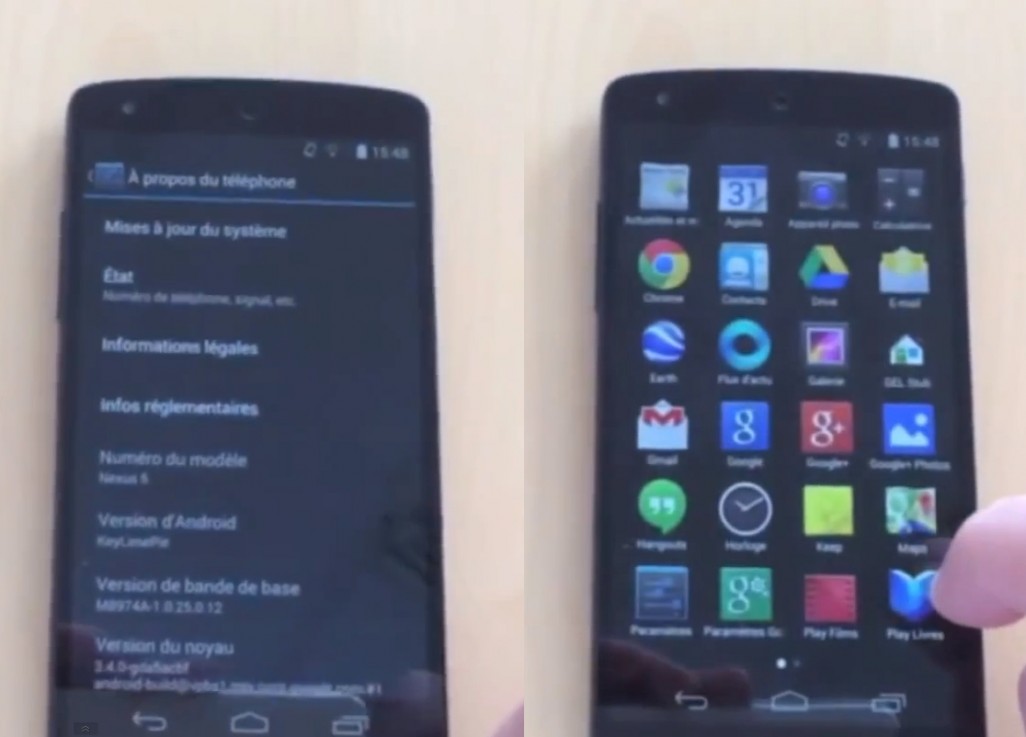 Once again, the new Nexus 5 smartphone from LG and Google has leaked in 7 minute hands-on video.
In our previous posts we already mentioned leaked Nexus 5 manual and possible release date as well. This time it is hands-on video, where you may see a Nexus 5 prototype running latest Android 4.4 KitKat.

Starting from 2-d minute of this video you may find another proof of the fact, that we are talking about prototype here: the new OS version “Key Lime Pie”, which is probably the next name of the future Android release. 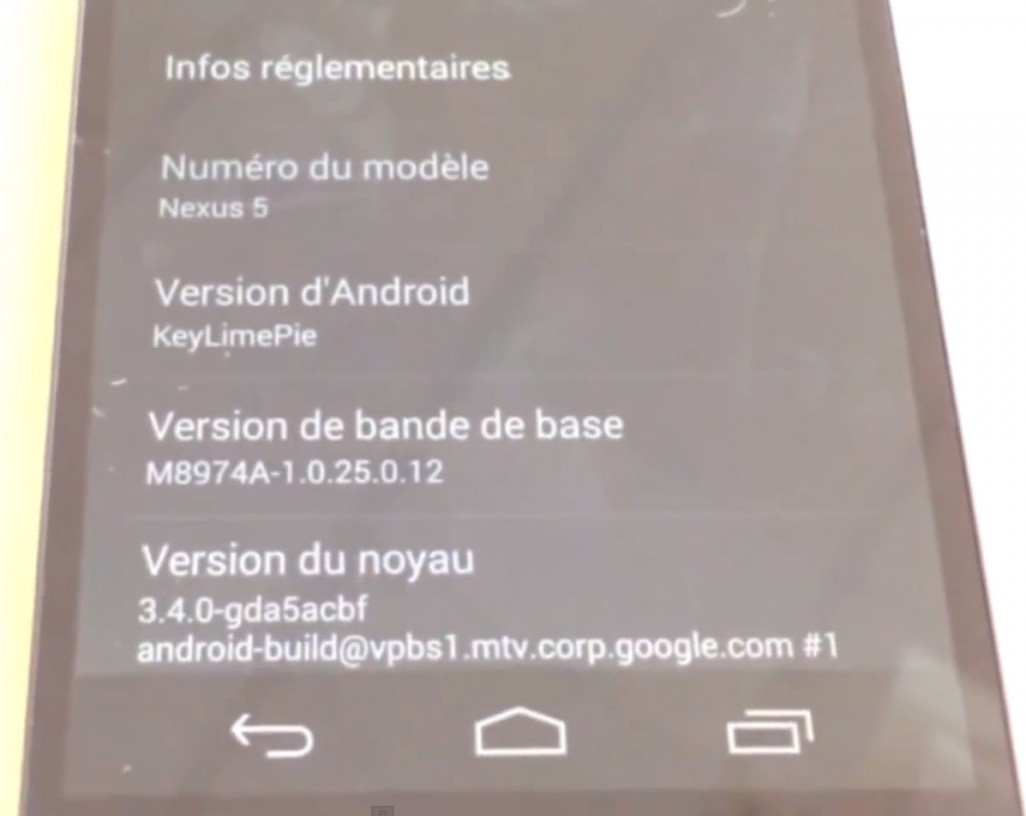 The Android 4.4. KitKat look almost the same as the previous latest Android versions and most likely you will not differentiate the 4.3 and 4.4 releases, however, Google’s goal is to optimize the future Android releases to support wide amount of mobile handsets, so it should be possible to run KitKat 4.4 on smartphones with even 512MB of RAM. 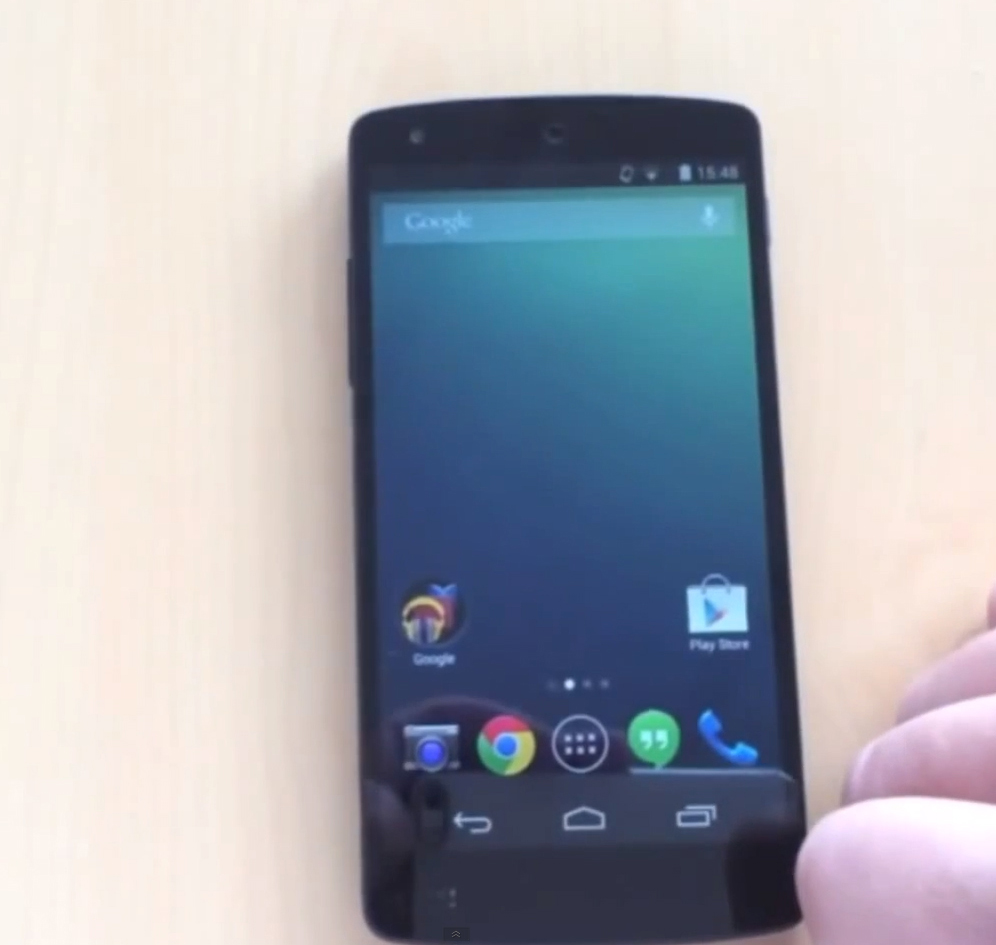