Trending
You are at:Home»Android»Lengthy Nexus 5 Manual Leaked
By Ollie Green on Oct 7, 2013 · Android 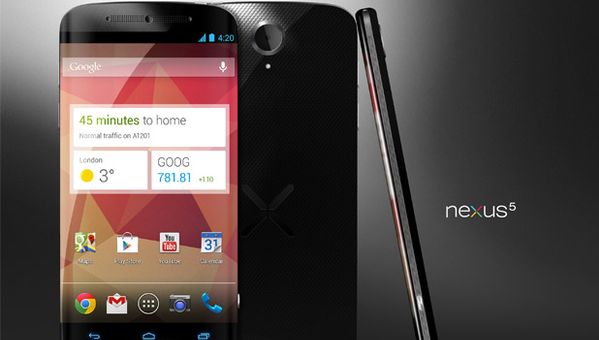 One thing that we seem to learn more about every time a new smartphone is close to being announced is that there is always someone that just can’t keep a secret.

Somewhere, somehow, we always find out about smartphones and tablets and we usually can get a pretty good idea of what features a smartphone will have weeks before it is even released.

This is often a pretty good thing for the smartphone consumer, because it allows us to plan ahead and purchase the smartphone we are most looking forward to without having to place too many bets on unknown information such as hardware specs, cost and software features.

The latest news in the next Google and LG made smartphone story is that the entirety of the Nexus 5 manual has been leaked.

As far as we’re aware, there’s no true way to prove that this really is the Nexus 5 manual, but it wouldn’t make sense for someone to go out of lengths way to produce a fake version, so it’s pretty safe to assume this is the real deal.

We can get some pretty solid information about hardware from the Nexus 5 manual, but other than that, it seems the manual is filled with technical information and details that don’t really hint about anything special about the next Nexus.

According to the leaked Nexus 5 manual, the smartphone will have a 4.95” full HD IPS screen, a Snapdragon 800 quad core 2.3GHz CPU, 2GB RAM, 16 or 32GB storage, an 8MP camera with OIS, a 1.3 MP front facing camera, NFC connectivity, a 2,300mAh battery and the Bluetooth and LTE capabilities.

Out of all of this, the only thing that is unexpected is the OIS camera- it’s also interesting to note that the smartphone only has 2GB RAM, but this is a very minor drawback and won’t make much difference to performance, especially on stock Android.