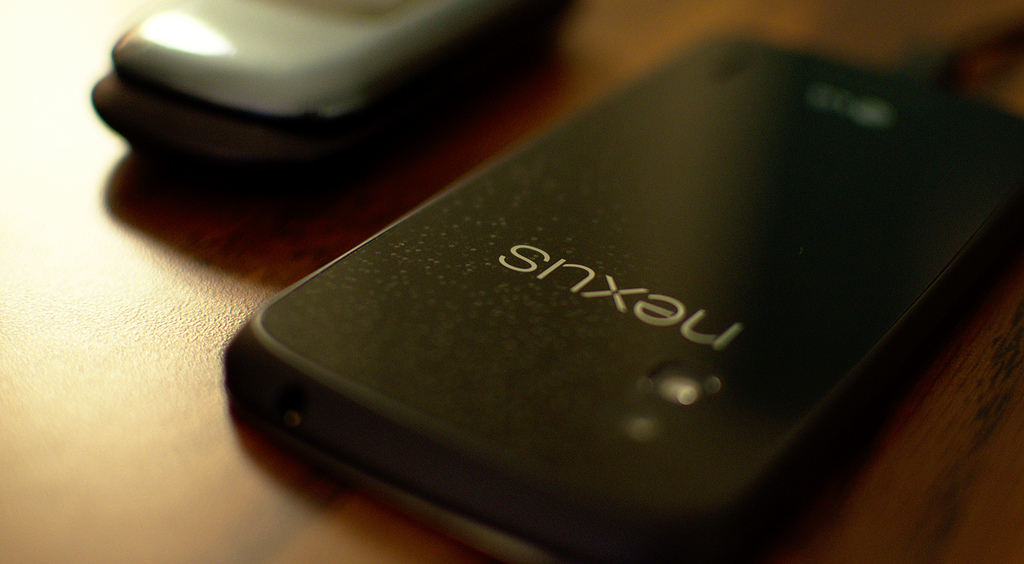 The Nexus 4, in my opinion was the best Android smartphone in 2012, if not the best smartphone across all operating systems, and this was simply because it managed to pack in enough hardware to match it up with other current high end offerings, and cost almost half as much.

It obviously lacked the software features that came with other phones such as the Samsung Galaxy S3 or the Galaxy Note 2, but the pure stock Android interface led to a buttery smooth performance.

Leaks have spread through the internet about the Nexus 4’s successor, the Nexus 5, ever since a Google employee held a strange unknown Nexus branded smartphone whilst taking an image of the new KitKat statue that commemorated the announcement of Android 4.4 KitKat.

Since that day we’ve seen videos of phones apparently being ‘left behind at bars,’ images of what looks to be the Nexus 5 phone, FCC filings, and other snippets of information leading to the belief that the Nexus 5 is on its way.

Probably one of the most interesting of these leaks though is the recent benchmark test results coming straight from GFXBench, and things are looking spectacular for the Nexus 5.

The results show that the Nexus 5 has managed to do a great job within all the tests used on GFXBench, and have even hinted at the possible current hardware for the Nexus device.

According to GFXBench, the Nexus 5 is using a 2.3GHz quad core processor, most likely the Snapdragon 800, and a 1794×1080 full HD screen of which has previously been proven to be 5 inches.

Previous speculation has led us to believe that the Nexus 5 will also have a 2,700mAh battery, a 13 megapixel main camera, 7-band LTE radio connectivity that will actually be useable this time round, either 2GB or 3GB of RAM, and Android 4.4 KitKat.

Strangely though, the GFXBench benchmark results still have the Android version name as Android Key Lime Pie, the originally planned name for the next iteration of Android.