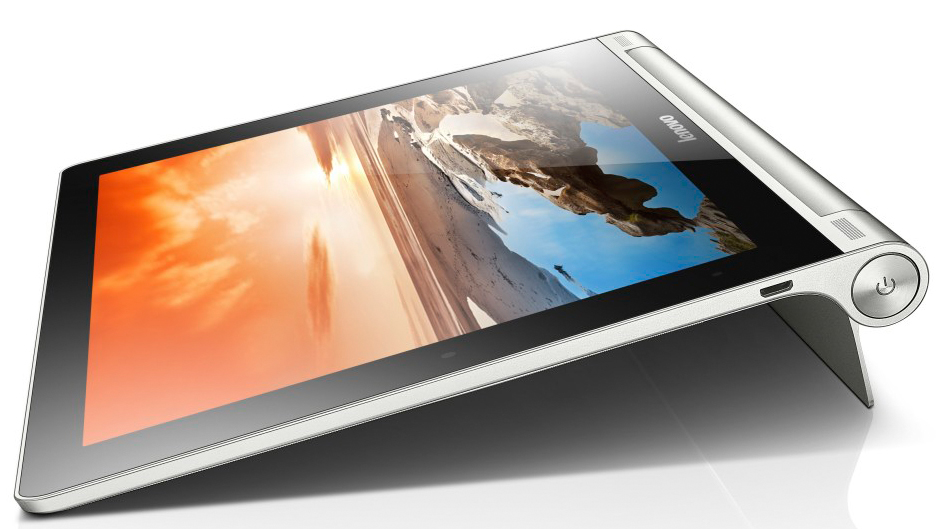 Lenovo has recently started manufacturing most of their laptops with an included flexible design that allows them to bend backwards at the hinges as well as forwards, in the hopes to offer a more comfortable option for those who wish to view media on their laptop without the keyboard and mouse pad getting in the way.

This same design has been applied to two new Lenovo tablets that have just been announced under the Yoga range.

The new Yoga Lenovo tablets will be running the Android operating system and will come in 8 inch and 10 inch sizes. The Lenovo tablet’s main appeal is the new cylinder at the bottom of the device that serves both as a grip for easier use and a stand to keep the tablet upright.

Not only that, but this extra cylinder bulge allows for a larger capacity battery in both of the new Lenovo tablets, which is something we can never have enough of when it comes to mobile devices and watching media.

The cylinder can swivel out and then be used as a stand to prop the tablet up, making it easy to use without holding the device. It also allows users to watch movies, TV or videos much more comfortably. On top of this, the cylinder has a built in speaker which produces fairly decent quality sound when compared to other tablet speakers.

The one gripe I have with tablets is the fact that their size and heaviness usually makes it a difficult ordeal to keep hold of for long periods of time, so this cylinder stand feature certainly appeals to me, and I’m sure the average tablet user would agree to this.

Unfortunately the hardware inside both of the Yoga Lenovo tablets isn’t great- both the 10 inch and 8 inch variants are powered by a budget MediaTek8125 SoC, which includes a quad core 1.2GHz A7 processor, and 1GB RAM. The screen quality is also only a mediocre 1280×800 on both tablets, but this brings the cost down to $249 and $299 for the 8 inch and 10 inch version respectively.

This is certainly enough to watch video, play music and browse the web on, but it won’t be able to put up with the most demanding apps or games too well, and the non-HD screen resolution may make video viewing less enjoyable than it is on other HD tablets like the Nexus 7 2013 or Galaxy Note 10.1 2014 Edition.