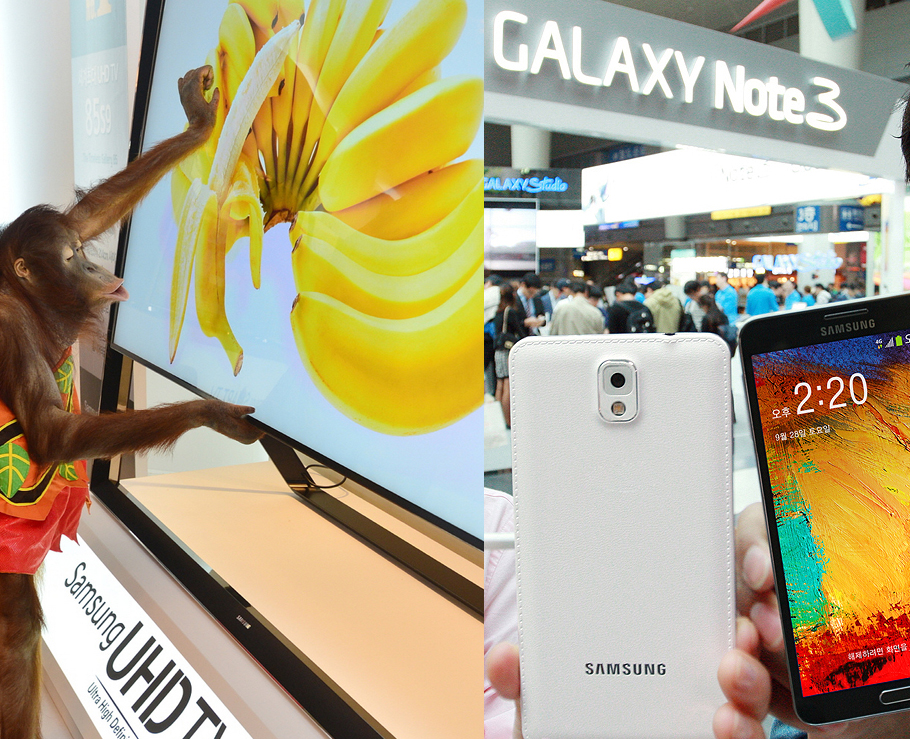 Samsung’s quarterly earnings have been released, with the company announcing a huge 26% profit in the past three months ending in September 2013. Thanks to the increased popularity of the Galaxy smartphone and tablet range, along with strong sales for other hardware such as memory chips, this is now the sixth out of the last seven quarters where Samsung smartphone profits have been greater than the quarter before it.

Samsung’s profits this year are a huge 8.24 trillion won, the equivalent to $7.6 billion US dollars. This is a huge 26% increase from last year’s quarter three earnings of 6.56 trillion won.

Although Samsung are still facing competition from Apple at the high end range, with the introduction of cheaper low end and mid-range handsets and tablets, Samsung have essentially managed to capture the entire market, especially within the Android ecosystem.

As well as Samsung’s popular smartphone and tablet franchise, they are well known for Televisions, home electrical equipment and computing chips, especially for smartphones.

This is interesting to note, because even though Apple is still fighting with Samsung for the top spot, Samsung are providing components for Apple’s mobile equipment, including the new 64 bit A7 processor found in the new iPhone 5S, iPhone 5C, iPad Air and iPad Mini 2.

Theoretically speaking, Samsung own the smartphone crown at this point in time, but we’ve seen kings like Blackberry and Nokia fall before, so could Samsung’s days at the top be numbered?

Thanks to the current Samsung smartphone profits, it’s unlikely they’ll be going anywhere any time soon, but staying at the top in such a fast-paced market is difficult, and to do so you must be more innovative than any other smartphone manufacturer trying to make a grab for the crown. It will be interesting to see Samsung’s earnings and especially Samsung smartphone profits over the next three years.