Trending
You are at:Home»Gadget News»Bloomberg Reports Suggest Wrap Around Samsung Display as early as 2014
By Gadgetman on Nov 18, 2013 · Gadget News 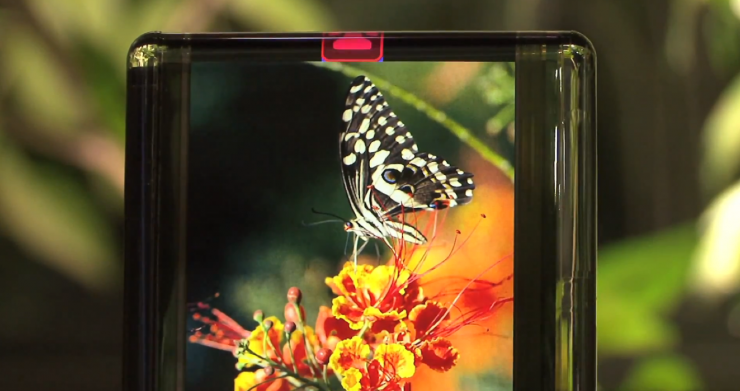 The Samsung Galaxy Round was a ‘test device’ by the Android front runner that, despite being considered a terrible handset, proved to the public that flexible display technology is coming.

A new report from Bloomberg suggests that a smartphone device using flexible display technology with a wrap-around display will be making it’s way to the market some time in 2014.

As the name suggests, according to Bloomberg, the wrap-around display will be able to wrap around the sides of the device, almost completely removing the industry standard bezel that is used to separate the display from the rest of the smartphone exterior.

This exact flexible display technology was shown off in a concept device by Samsung earlier in the year codenamed the Yuom.

It offered a look into how flexible display technology could be used to extend the screen past a two dimensional plane, and would offer better viewing angles and functionality at a distance.

According to the report from Bloomberg, there will be a few changes to the Yuom concept design.

Firstly, the display will extend to both sides of the device, as well as the front, and secondly, each side of the display will function separately from other sides, meaning it will be possible to view one side for notifications, texts and other information while the main screen is off.

This will also allow users to hold the smartphone without worrying about pressing anything on the side displays.

Besides the Bloomberg report, a recent patent by Samsung has been created and it shows this exact design in use. The patent images show that the extended displays could be used to show battery life, notifications and other information, however there is currently no other details on the flexible display technology.

Apart from Bloomberg’s word, there is also no proof that such a device will come in 2014, but since Samsung has already patented the idea, it’s not unlikely to see a handset with this technology within the next year or two.