Trending
You are at:Home»Gadget News»Think the Galaxy Round is terrible? Don’t Worry, It’s just a Test
By Ollie Green on Oct 17, 2013 · Gadget News 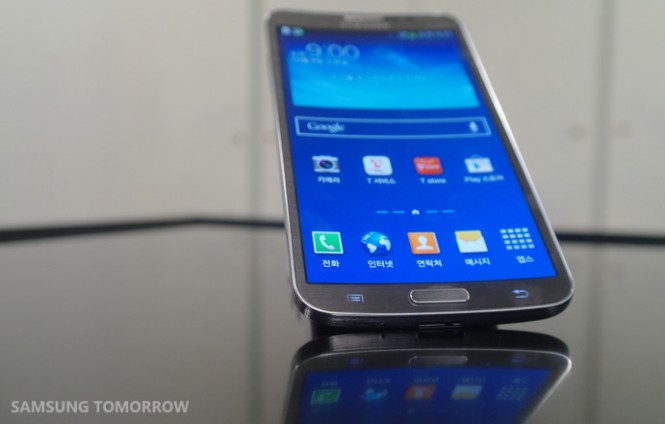 After we found out what we all expected to be a new innovative flexible display smartphone by Samsung was in fact a slightly dull Galaxy Note 3 with a concaved display, it’s been hard for us not to tell everybody that the Galaxy Round is terrible. In fact, we were all left a little shocked by what Samsung was trying to sell us, especially at the over-$1,000 price tag.

However, it turns out that Samsung’s first commercial curved display smartphone won’t be around long at all and there will only be a very small amount of units manufactured.

The reason behind this is that Samsung manufactured and announced the Galaxy Round as a test. The reasons behind the test were not given, but it’s not the first time Samsung have released a limited edition smartphone to see the public’s reaction.

The same was done with a full HD variant of the Galaxy S2, and since then HD displays on smartphones have really caught on, so even though the Galaxy Round is terrible when considered as an innovative device, it seems like a pretty sound smartphone when you think of it as Samsung dipping their feet into the deep water of flexible display technology.

The Samsung Galaxy Round has pretty similar hardware and software specifications as the Galaxy Note 3, however it lacks the S Pen functionality, and it has a much more expensive price tag on its head. Simply put, the Galaxy Round is terrible for the price it’s been given, and it worried us that Samsung may have taken a page from Apple’s book by overpricing their products simply because they had a big enough name to do so.

Along with the new flexible batteries Samsung are working on, I’m hoping that it won’t be long before Samsung manage to create a flexible or curved smartphone that is truly worth buying.