Trending
You are at:Home»Android»NVidia Shows Off Tegra Note Tablet
By Ollie Green on Nov 13, 2013 · Android

NVidia has just released a video showing off their previously announced device, the Tegra Note tablet. The device is one of the first official mobile products manufactured specifically by NVidia and it includes the Tegra 4 chipset, the newest generation of the SoC chipset NVidia has made to be capable of performing graphics intensive tasks.

On top of this, the NVidia Tegra Note tablet has a wide range of features to make it more useful as a note-taking device and it comes paired with a stylus.

The Tegra Note tablet is a 7 inch device, and the design process behind it was focused on three pillars; Do More, Hear More, and Play More.

The video focuses on these three functionalities and offers an insight into the features that relate to these three pillars. 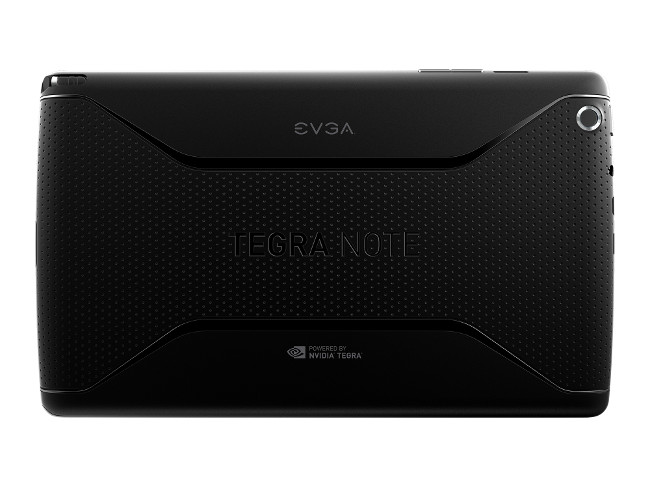 Under Do More, The Tegra Note tablet has a wide range of stylus software features that give what NVidia is stating to be pinpoint accuracy that will allow users to create art and write neatly on the device.

Under Play More, a wide range of Tegra-only games are shown off, and the computational power of the new Tegra 4 SoC chipset is explained.

Under Hear More, NVidia describes to two built in speakers that are placed either side of the 7 inch Tegra Note tablet that give the device a much better quality than similar sized tablets.

Other than the Tegra chipset, details on hardware is pretty unknown at the moment, however the price point for the tablet seems to be a very tempting $200, putting it in an arena against the likes of the Nexus 7.

From what I’ve seen, I personally like the build quality of the tablet, and if the Tegra chipset manages to live up to its hype, then perhaps this tablet could be a worthy alternative to the Nexus 7 range.