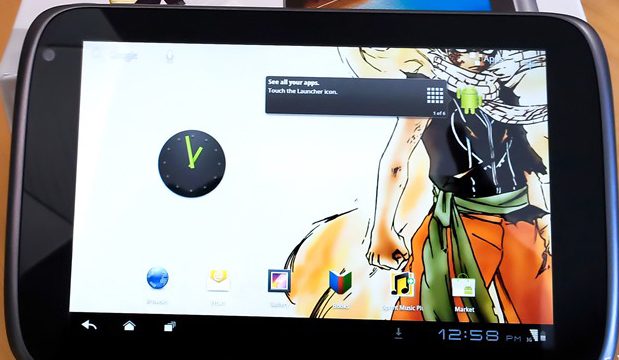 And so the mobile network tablet race begins. Just days after Verizon released its budget 7 inch Ellipsis tablet, a new ZTE tablet that looks to be destined for Sprint has just passed through the FCC.

Last year’s ZTE Sprint tablet was named the ZTE Optik and offered a very cheap approach to the tablet market. For $99, the ZTE Sprint tablet could have landed buyers a 1280 x 800 resolution display device, with 1GB RAM and a 1.2GHz dual core Snapdragon processor, which in 2012, was pretty decent.

This year, things will probably be notched up a little, however the FCC filing hasn’t given any information on actual hardware. Instead, we’ve been treated with some images of the tablet, and some information on the radio frequencies the tablet is capable of.

Unfortunately the new ZTE Sprint tablet won’t be capable of 4G LTE, but 3G will be available.

The images also showed the device to be roughly 7 inches, and that it held some kind of camera on the back.

If the new ZTE Sprint tablet can hit stores for an amazing $99 for a second year running, it could become a valuable purchase for those looking for a budget mobile solution. And, unlike the Verizon Ellipsis, it may offer decent hardware for a very generous price.

Right now, there is no way to tell exactly what specifications the device will have though, and with stars like the Nexus 7 and the LG G Pad 8 already on the market, ZTE will have to do a really good job to persuade buyers to go with Sprint instead of the other options available.