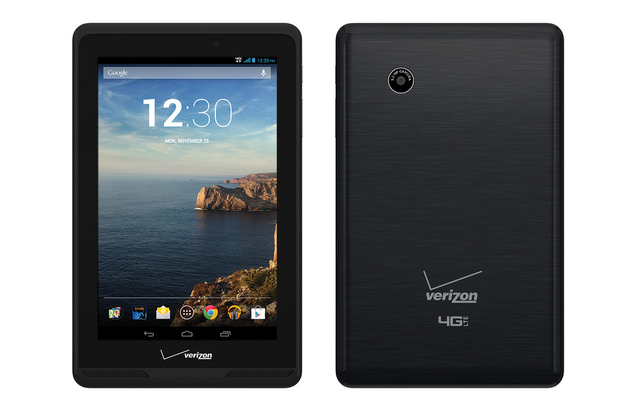 It’s been talked about before, and it’s finally here, the 7 inch Verizon tablet has been released, and anyone in the United States will now be able to pick it up in-store or online from the mobile network operator.

The 7 inch Verizon tablet has been named the Ellipsis, and will include 4G capabilities for just $150 on a 2 year contract, or $249.99 without any contract attached.

Details on the hardware specifications for the 7 inch Verizon tablet were released alongside the pricing announcement, and although the hardware isn’t anything spectacular, it could be considered alright, especially considering the $249.99 price tag.

The spec sheet can be seen below:

It’s clear that the 7 inch Verizon tablet, the Ellipsis, has been manufactured by the United States mobile operator to help bring in a little extra cash on the side from customers that aren’t aware of the current markets’ offerings.

Whilst these specifications aren’t going to stop you from browsing the internet and using basic apps smoothly, they are far from impressive, and do not manage to compare with other 7 inch tablets at the same price range.

For example, the Nexus 7 goes for under $300 and offers very decent hardware, and even the LG G Pad tablet offers more than the Ellipsis, despite costing a bit more.

Simply put, Verizon want to squeeze as much money out of their customers as possible, whilst spending as little as possible on hardware themselves. The new Nexus 7 can’t yet use Verizon’s LTE services, and now that the Ellipsis has been released, LTE may become an exclusive to the 7 inch Verizon tablet.

Bad move, Verizon. Unfortunately the vast majority of smartphone and tablet owners probably won’t notice just how much of a bad buy the Ellipsis tablet actually is.