Trending
You are at:Home»Gadget News»Huawei Honor 4 Might Be Revealed – December 16
By Gadgetman on Dec 9, 2013 · Gadget News 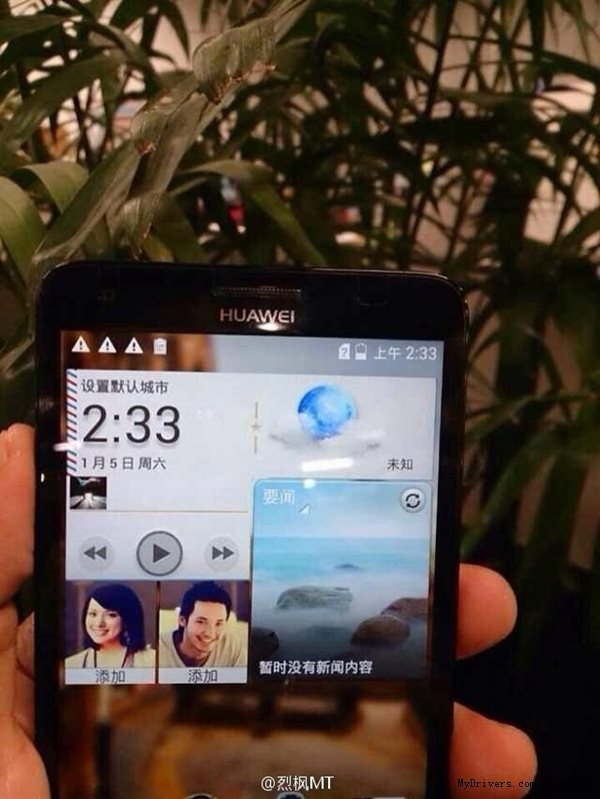 Although Huawei is mainly known for their budget handsets in most of Europe and some of the United States, over in China they are one of the front runners in the smartphone industry, and because of this, their sales put them into the top ten current manufacturers in the game.

We occasionally hear news about new handsets from Huawei, but they rarely make it over to the western markets, so it’s often that Huawei’s Chinese flagship devices have little coverage over on English speaking websites.

However, this time round, Huawei has plans to announce the new Huawei Honor 4, and it’s peaking the attention of the western audience for one big reason.

The main reason that the new Huawei Honor 4 is looking appealing to western markets is because the device will supposedly be powered by the new MediaTek MT6592, which will include a “true octa core processor” according to the mobile SoC chip manufacturer.

Unlike Samsung’s Exynos processors that use an array of two quad core processors that work separately depending on the hardware power needed at the time, the new MediaTek MT6592 octa core processor in the new Huawei Honor 4 will have the potential to use all eight cores at once.

This will be the first smartphone in the world to include MediaTek’s octa core processor, and a lot of us are wondering at what the performance will be like.

According to rumors, Chinese press invitations have been sent out for a reveal event on December 16th – we’ll keep you updated as new information comes in about the new Huawei Honor 4.