Trending
You are at:Home»Gadget News»Price for the NVIDIA Shield Bumps Down by $50
By Gadgetman on Dec 22, 2013 · Gadget News 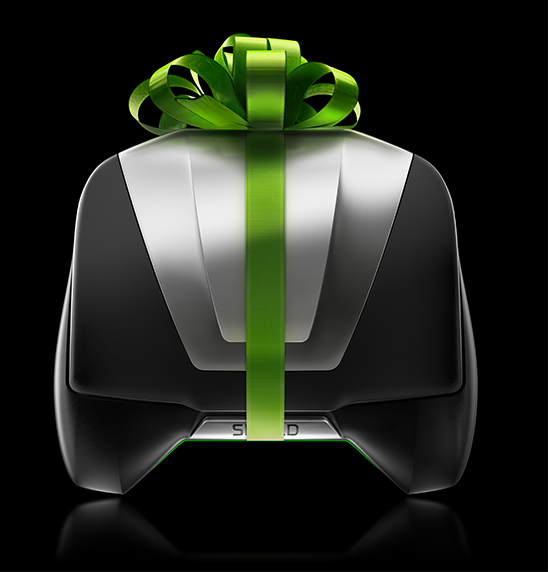 Gaming on an Android device has been a controversial area for most manufacturers. Whilst games like Angry Birds, Candy Crush and Draw Something have seen hundreds of millions of downloads, and close to that number in revenue, there still seems to be a very small demand for gaming specific Android devices, but some manufacturers don’t seem to want to let go of the market.

One of these manufacturers is NVIDIA, a company that is one of the top game players for PC graphics cards. They have seen a relative amount of success with their TEGRA mobile chipsets that have a focus on GPU power, however they have taken it one step further this year by releasing their NVIDIA shield handheld Android gaming console.

So far, the sale for the shield has been pretty poor, but NVIDIA aren’t keen on giving up completely. The price for the NVIDIA Shield saw a drop in $50 for Black Friday, but amongst other deals, the handeld Android still didn’t gain much attention, so to make it more appealing, the price for the NVIDIA Shield has now been bumped down $50 permanently, making it just $249.99, instead of $300.

If you’re wondering whether the new price for the NVIDIA Shield now make the console a valuable purchase, we can have a look at it’s price when compared to other Android handsets with similar hardware.

The NVIDIA shield comes with a 5 inch 720P flip-up screen, 2GB of RAM, Android 4.2.2, and NVIDIA’s TEGRA 4 chipset, which in all honesty manages to rival the Snapdragon 800 competently.

The cheapest 5 inch device with a Snapdragon 800 SoC is currently the Nexus 5, which comes in at $349 for 16GB version.

Both these devices are probably quite comparable in terms of hardware performance, and the $249.99 price for the NVIDIA Shield is now quite a lot cheaper than the Nexus 5.

If you’re a hardcore mobile gamer that treasures portable 3D gaming over the use of cellular functions, then I think you’ll agree when I say the NVIDIA Shield would be a good purchase for you, otherwise, this device may not fit your needs.