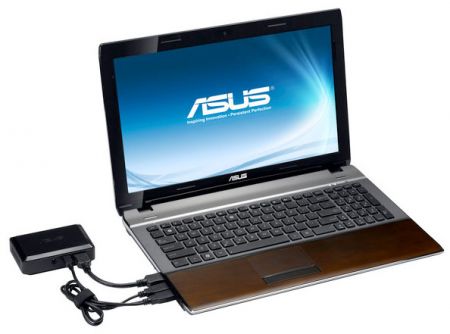 Getting content from your PC or notebook to the boob tube isn’t the simplest of tasks. Sure, you can always just plug an HDMI cable from your notebook (if it has one) to your TV, but that presents its own set of problems, not to mention that good cables aren’t exactly cheap. The Asus WiCast EW2000 looks to solve that particular dilemma with an elegant, easy to use, wireless solution.

In a nutshell, what the WiCast does is transmit video from the source to your TV or projector, wirelessly. The solution comes in two parts— the transmitter, which is the size of a small external hard drive, and the receiver which is about the size of a wireless router. Both units need external power provided by the bundled AC adapters.

Setting up the WiCast is simple. The whole setup takes less than five minutes, and thankfully does not involve mucking about in a custom GUI to pair both devices. When plugged in to a computer, it treats the WiCast as another display, so its easy to configure the resolution to fit to your TV.

Playing HD video and movies with the WiCast on an HDTV is nice, especially when you have full control of where the content is coming from. People who download a lot of videos from the web and want to enjoy them on big screen is the obvious target of the WiCast, as it eliminates a lot of the hassle when getting content on the TV.

The WiCast really shines with PC gaming. I hooked it up to my gaming rig and started my regular gaming routine of killing dudes online with Battlefield Bad Company 2, and let me tell you, it is fun. There’s little to no lag when it comes to gaming, and it’s the perfect device to scratch that bigscreen PC gaming itch you may get from time to time.

The WiCast isn’t just for PCs, however, and it seems that it’ll work with most devices that have an HDMI port. I tested it with an Xbox 360, and sure enough I was out and about shooting cowboys in the nuts in Red Dead Redemption 2 without worrying about screen lag.

Probably the only complaint I have with the WiCast is that it doesn’t have an audio optical out, so if you’re eyeing it for your aging home entertainment system you’re out of luck.