Trending
You are at:Home»Camera Reviews»Projecting the Future
By Gadgetman on Dec 20, 2010 · Camera Reviews, gadgets 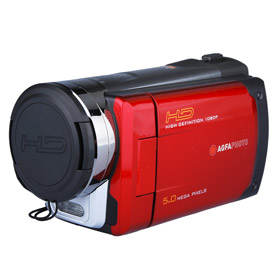 It seems, in this age of exponential technological growth, that the smaller a gadget gets, the more features it has crammed into it. Well, if you’ve ever wished that your phone or digital camera could actually project that hilarious incident you just managed to capture (and who hasn’t) then there’s good news: it’s arrived. And it’s from Taiwan.

The BenQ DV S11 is a perfectly decent, compact digital video recorder with all the usual features you get from BenQ’s line – exceptionally-pocketable high-resolution cameras that have nothing much to crow about except size. Until now. The S11 (which, the marketing would have you believe, is nearly as slim as a credit card, but in reality is not much bigger than a smartphone) features a miniscule projector lens, capable of replaying your videos as a projection up to 50 inches in size.

The camcorder is operated via a 3 and a half inch touchscreen display on the back, and has a useful three second pre-record function, meaning you’ll never miss any action by being too late on that REC button. It beats recording everything and editing out later, if all you’re wanting is to capture a golden moment – of course, you need to be pointing at your subject, but it can definitely save a lot of heartache.

It’s easy to upload the content on to other devices. The S11 has an HDMI output socket that allows the camera to be hooked up directly to an HD television set.

This smart little device comes in orange, red and black. It has so far only been released in Hong Kong, but is expected to be release in other territories very soon.

Have a look at pricedropper.co.uk for some great deals on camcorders, and many other electronic gadgets.