Trending
You are at:Home»Windows»Top 5 great Games for WINDOWS Phone 7
By Gadgetman on Dec 28, 2010 · Windows 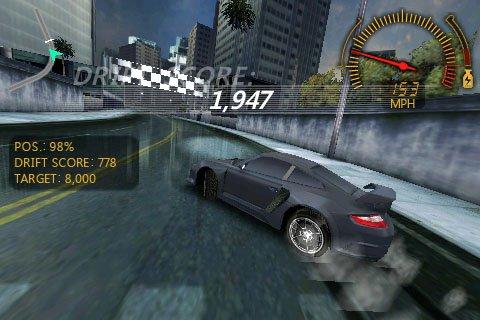 Windows Phone 7 is finally out, after much waiting and discussions, and it seems that it can actually become a good competitor on the mobile operating systems market. Microsoft has integrated a lot of innovations and new features into their new mobile OS, the most obvious being the new and unique interface, which is unlike anything else on the market.

There are quite a few features that will benefit the users and which I can list here, but the single most important one at the moment, which can really give Windows Phone 7 an advantage over the other competitors is its ability to run the best games in the smartphone world, the quality of which gets really close or even exceeds that of other dedicated gaming consoles!

The secret is in the excellent support of various graphics technologies like DirectX 9 and Shader Model 3 and more importantly, the Xbox gaming engine that powers all Windows Phone 7 games. Here are just a few examples of how good the games on the new platform are:

Assassin’s Creed – Altair Chronicles HD. This is a very well-known game for the Xbox and Windows PCs, and it has everything you need to keep you entertained for a long time. The mobile version has almost the same excellent gameplay, graphics and sounds, which, coupled with a great storyline, makes it a winner and a real must have for any WP7 smartphone.

Need for Speed Undercover. Need for Speed Undercover became one of the top games on the Windows Phone 7 marketplace almost immediately after its release, partly thanks to the tens of thousands of fans of the series that bought a WP7 phone, but mostly because it’s the best racing game currently available for the OS. You get a wide selection of cars and tracks, the graphics and sound is great and the controls are good – what’s there not to like?

Flight Control. One of the most popular games on the iPhone and Android, Flight Control immediately found its way onto the new WP7 marketplace and also became a hit! This version features the same great gameplay that will keep you busy for hours at end, and better and improved graphics that you’ll only find on Windows Phone 7.

Star Wars – Battle for Hoth. Tower Defense is still one of the most popular games for the iPhone, and this game is a great version of it for the Windows Phone 7. It not only appeals to fans of Tower Defense, Plants vs Zombies and other similar games, but also to Star Wars fans, who will get the chance to defend the base on Hoth, though we all know what happens in the end, don’t we?

Earthworm Jim HD. Earthworm Jim, one of the best games for the Sega Genesis console, is now available exclusively on Windows Phone 7, and it brings along a lot of great memories and a very nice gameplay and graphics. If you liked this game when you were a kid, you will love it on a modern smartphone!

Windows Phone 7 is currently the most advanced operating system for mobile gaming, thanks to Microsoft’s excellent integration of the best graphics drivers and features from their desktop OS and Xbox. With DirectX9, Shader Model 3 support and the Xbox Live gaming engine, it is unlikely that even Apple could beat the new OS at their own game. If you just got a Windows Phone 7 device and have yet to see how great the games are, I suggest starting with the ones listed above – they’re currently the best on the marketplace!