Trending
You are at:Home»Windows»Top 5 Windows 7 smartphones to date
By Gadgetman on Nov 14, 2011 · Windows 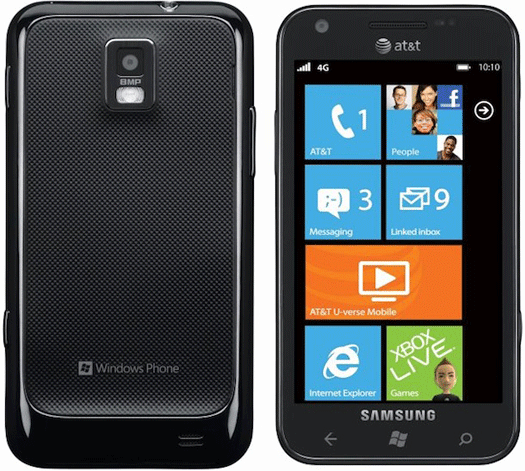 It’s been more than a year since Windows Phone 7 was officially launched, and with the latest Mango update (which brought along more than 500 improvements and fixes), it is finally mature enough to really start taking on the mobile OS market.

Right now, we’ve got the second wave of WP7 phones arriving on the market, but they’re not all that different than the first generation –the difference is mostly in the design and 400 MHz of processing power. Add to that the fact that the first generation also gets the Mango update, and they make a pretty good choice, capable of competing with the newer phones, as well (a bad situation for the manufacturers, but a good one for the buyers). Below you’ll find a list of the top 5 Windows 7 smartphones to date (both first and second generation):

The Focus Flash has just been announced on AT&T’s network and it’s a pretty powerful and stylish smartphone with a nice price tag. It has the latest hardware, including the top of the line (for WP7 devices) 1.4 GHz Snapdragon with 512 MB of RAM, and a very nice 3.7 inch Super AMOLED touch screen, which looks and works great in most conditions. The design is pretty simplistic, but it’s sturdy and elegant – I really like this phone and I think it’s one of the best Windows 7 smartphones out there.

The HTC Arrive is available on Sprint’s network in the US and it’s practically the only Windows 7 smartphone with a physical QWERTY keyboard – a quality one, at that. The landscape keyboard slides out at an angle, which makes it even better for typing. The phone’s other specs are pretty standard, though: it has a 3.6 inch LCD display with the usual 800×480 pixels resolution, a 1 GHz processor, 512 MB of RAM, Wifi N, Bluetooth, GPS, 16 GB of onboard memory, a 5 megapixels camera with HD video recording, and other features you’d expect on a modern smartphone. 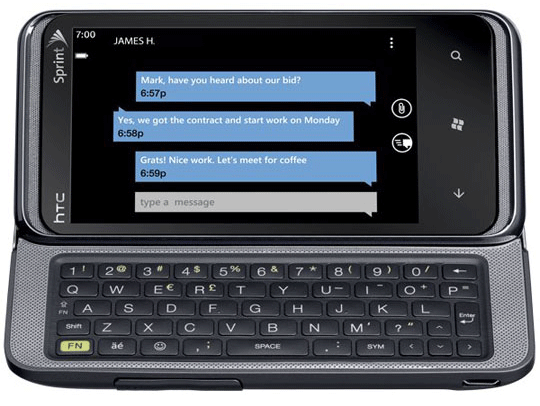 The Lumia 800 is probably the most awaited Windows Phone 7 – it is the first phone to come out of the Nokia-Microsoft partnership deal, and it’s a pretty impressive piece of technology, indeed. It’s stylish, with the body being made out of one piece of polycarbonate, which makes it light yet sturdy, and a beautiful 3.7 inch AMOLED display with ClearBlack coating that makes the colors, contrast and brightness top of the line. The performance is also the highest in class, with the Lumia 800 using a 1.4 GHz processor with 512 MB of RAM (this is the best you’ll get nowadays for Windows 7 Phone anyway). The phone has all the standard hardware features, as well as a HDMI out port, which may prove pretty useful. 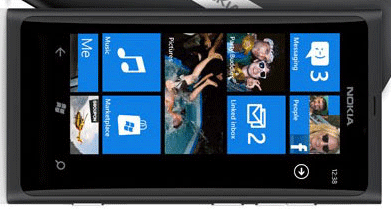 The W4 is one of Acer’s first forays onto the Windows Phone 7 scene, and it’s a compact and attractive smartphone aimed at normal consumers who want something pretty that works well. It’s nothing special under the hood, but it’ll get the job done with its 3.5 inch display, 1 GHz processor, 8 GB of storage (plus a micro SD card slot) and all the usual features like Wifi, Bluetooth, GPS, sensors and others. The pricing will be accordingly low, so it’s affordable to everyone. 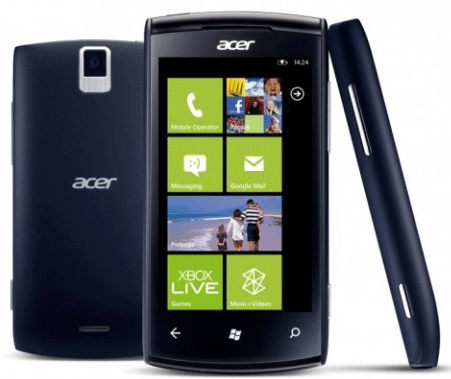 The Focus S, is the successor to the first Focus, you could say, and it’s the bigger brother of the Focus Flash. If you like big, beautiful screens (and Windows Phone 7), this little monster is the best choice – it has Samsung’s marvelous 4.3 inch, 800×480 pixels Super AMOLED, which looks very nice. The other hardware is also at a high level – the phone runs on a 1.4 GHz Snapdragon, with a full 1024 MB of RAM, and has 16 GB of internal memory. Of course, there’s the usual Wifi, Bluetooth, 8 megapixels camera with HD video support, and other features. It’s the most expensive phone in the WP7 fleet, but the features may be worth it. 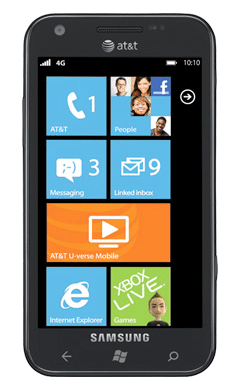 There are a few more phones coming, but they’re nothing special. The above five-o is pretty much the best you can get with Windows 7 Phone, and choosing between them is a matter of design preference and the amount of money you’re willing to spend, but even the cheapest one (the W4 or Focus Flash) is a great choice and more than enough for any tasks.